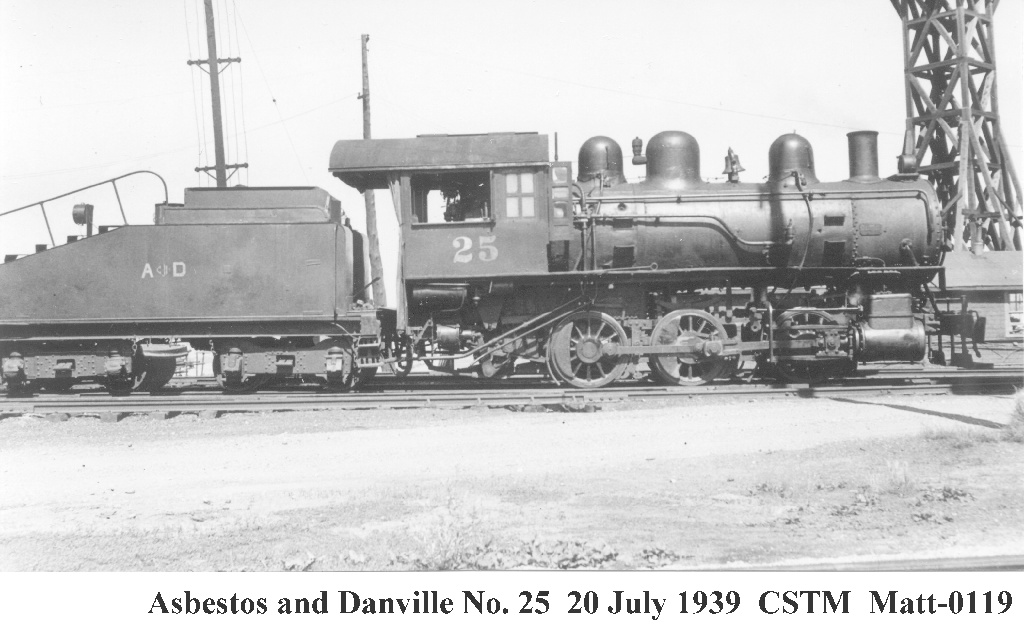 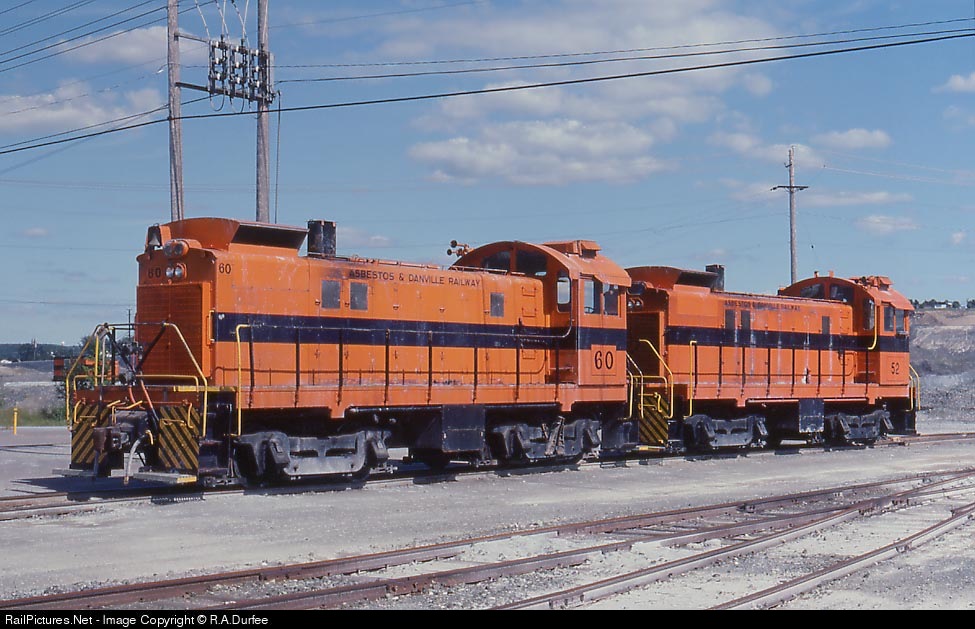 Company History: This 8 mile line was finished in 1900 to link the Jeffrey Mine (the largest asbestos mine in the world) in Asbestos, Quebec to Danville a few miles to the west. This area is about 80 miles east of Montreal. It had connected with Canadian National at Danville but most of the traffic was from the mine to the mill. CN abandoned their Danville Subdivision the early 90s, isolating the ASDA. Rail operations were suspended when mining activity ended in 2010 and the remaining rolling stock was scrapped.