Collectors value this item at an average of 6.60 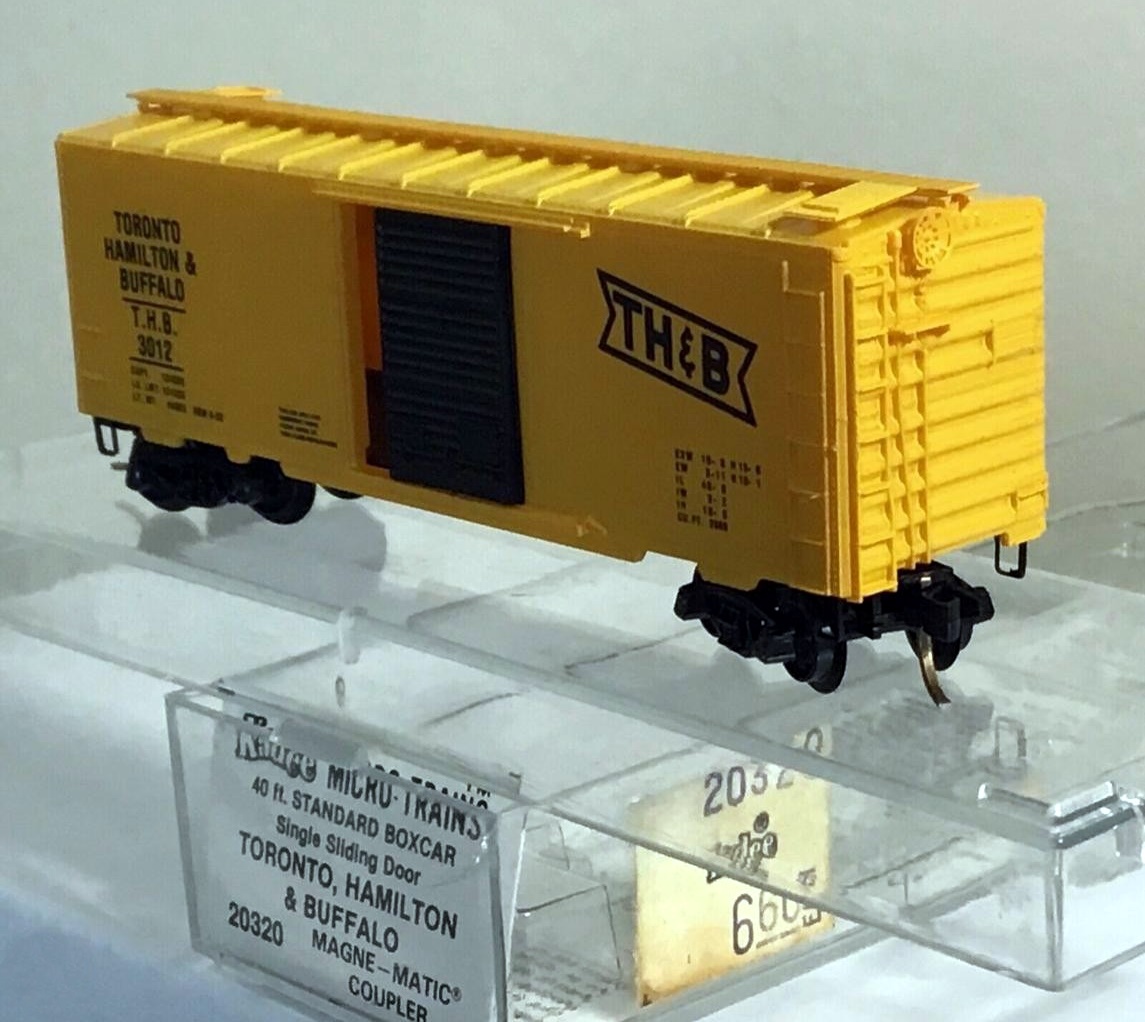 The TH&B was chartered in 1884 to connect Hamilton, Ontario to Fort Erie, just across the border from Buffalo, New York. However, once construction commenced, the goals changed. Ultimately, the TH&B would run from Waterford east to Hamilton and Welland, Ontario. Two branches ran south from this line to reach the lake port cities of Port Cleburn and Port Maitland (both on Lake Erie.) Until 1932, TH&B ran a car ferry operation between Port Maitland and Ashtabula, Ohio. In total, the TH&B was 111 miles long, making it slightly shorter that Richmond Fredricksburg & Potomac. In 1895 ownership was split between Canadian Pacific and three of the New York Central Lines: Michigan Central, Canada Southern and New York Central. TH&B was an important carrier for heavy industries in the Hamilton, Ontario area.

The most modern steam power on the TH&B was a pair of 2-8-4 Berkshires (the only Berkshires on a Canadian railroad) and a pair of 4-6-4 Hudsons. Strangely, none of TH&Bâs steamers were equipped with all-weather cabs which were so common in Canada. This may have been due to the influence of NYCâs mechanical department.

TH&B had completely dieselized by 1954: NW2: 4, SW9: 4, GP7: 7, GP9: 3. The three GP9âs were built with boilers for passenger service and with their air tanks mounted on the roof. The GP9âs were also built to run long-hood-forward unlike the GP7âs. This often led to consists that appeared to have the locomotives âelephant walkingâ when in fact they were running back to back. One of the GP7âs was destroyed in a wreck in 1980. The roster then remained the same until the end. They also never really changed their paint scheme (except for adding the logo to the cab side around 1970.)

New York Centralâs share of TH&B passed to Penn Central in that merger. After the collapse of PC and the creation of Conrail, CP Rail picked up PCâs share of the TH&B in 1977. However, TH&B remained a separate railroad for another 10 years until being merged into CPR.