Please help support TroveStar. Why?
Collectors value this item at an average of 70.00 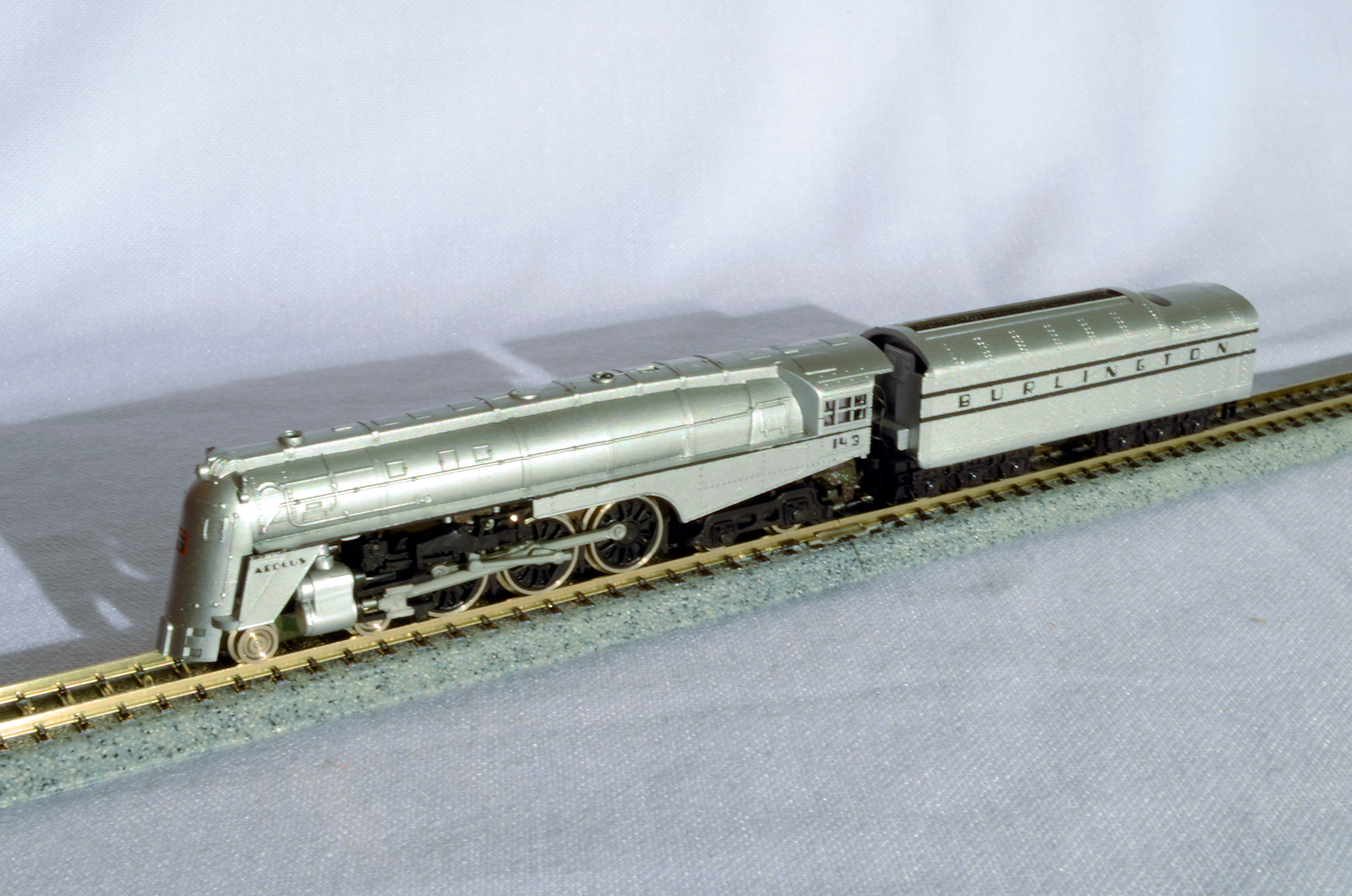 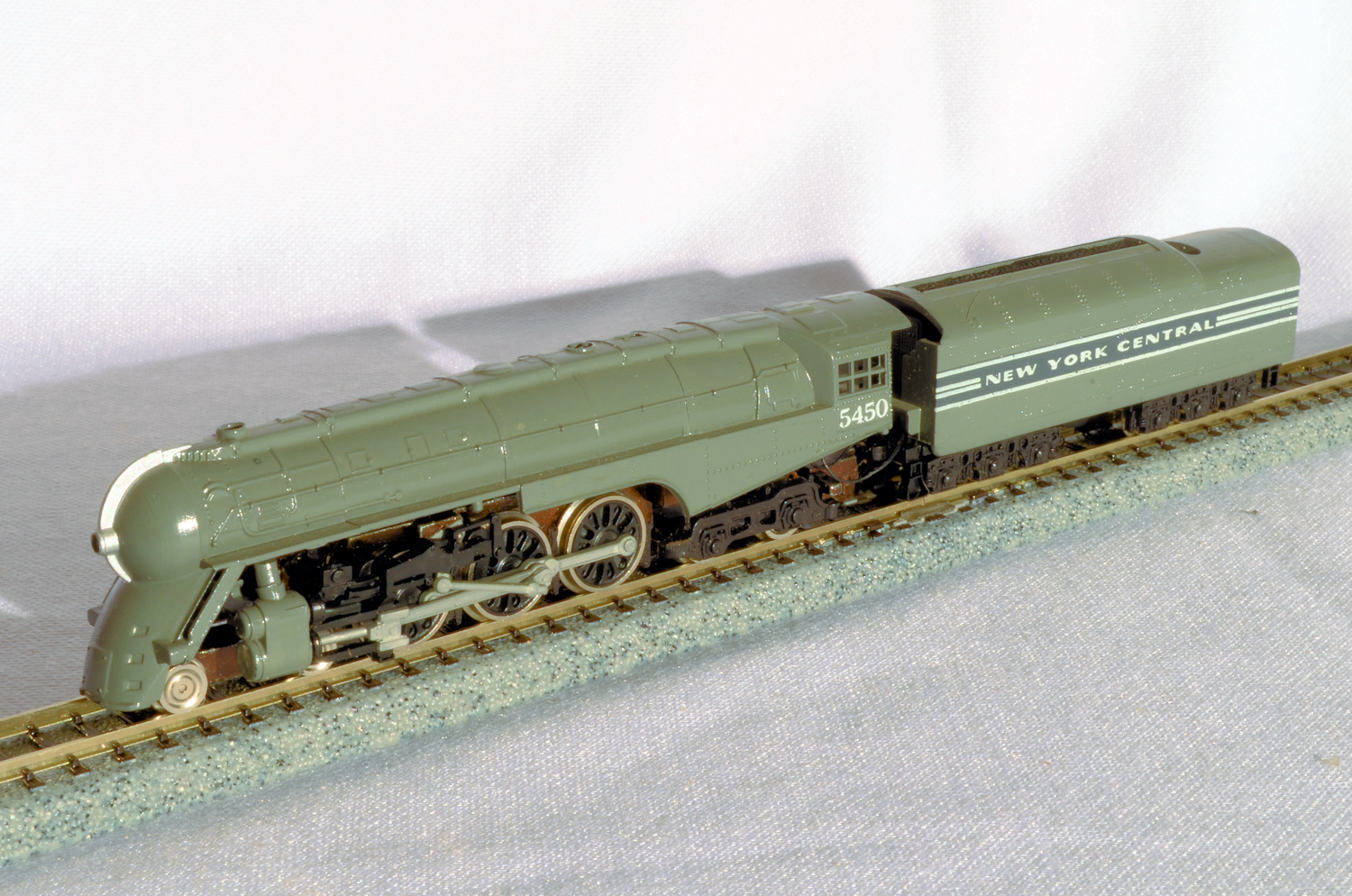 
Model Information: From 1969 to 1994 this model was made for Con-Cor by Kato under contract. The early Katos were a bit sketchy, but they were extensively re-designed in 1975 and the newer version runs a lot better. While not of the same caliber as Kato's later 2-8-2 Mikado, this 1975 steam engine engine is nevertheless an impressive model, much better than its contemporaries from Lima and Rivarossi. In 1994, Con-Cor started production of a new model in China that is of similar quality to the 1975 Kato model and also runs quite well. The Kato-made models are stamped 'Con-Cor Japan' on the bottom. 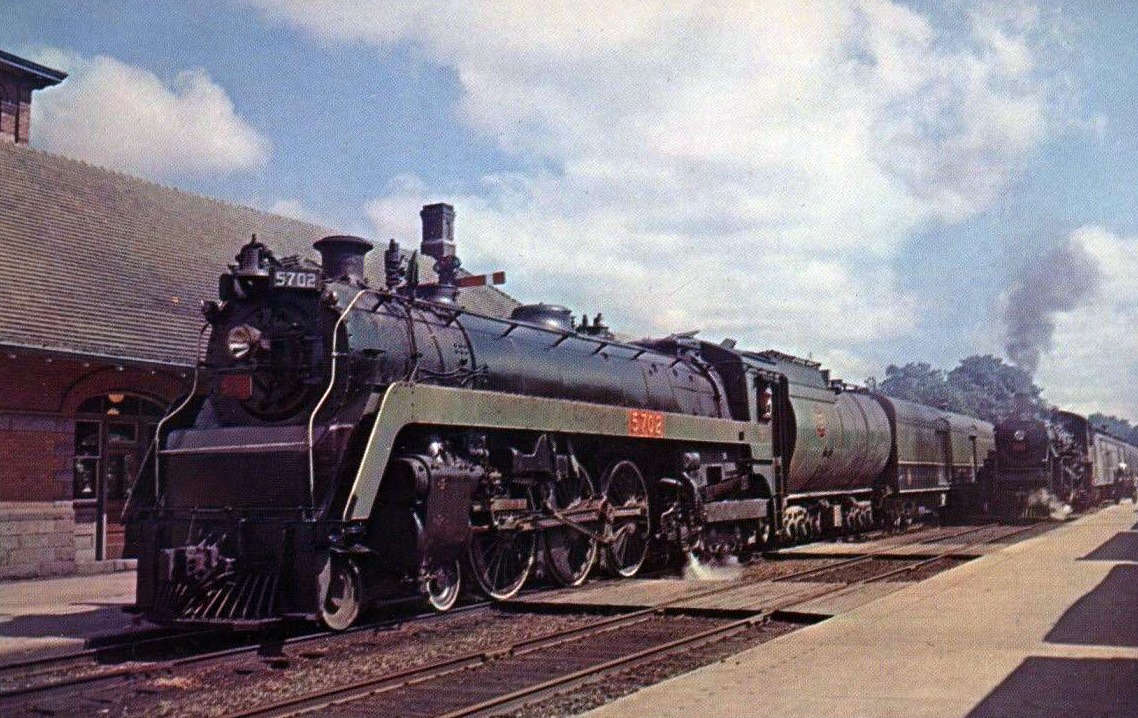 Under the Whyte notation for the classification of steam locomotives, 4-6-4 represents the wheel arrangement of four leading wheels, six powered and coupled driving wheels and four trailing wheels. In France where the type was first used, it is known as the Baltic while it became known as the Hudson in most of North America.

The 4-6-4 tender locomotive was first introduced in 1911 and throughout the 1920s to 1940s, the wheel arrangement was widely used in North America and to a lesser extent in the rest of the world. The type combined the basic design principles of the 4-6-2 Pacific type with an improved boiler and larger firebox that necessitated additional support at the rear of the locomotive. In general, the available tractive effort differed little from that of the Pacific, but the steam-raising ability was increased, giving more power at speed. The 4-6-4 was best suited to high-speed running across flat terrain. Since the type had fewer driving wheels than carrying wheels, a smaller percentage of the locomotive's weight contributed to traction, compared to other types. Like the Pacific, it was well suited for high speed passenger trains, but not for starting heavy freight trains and slogging on long sustained grades, where more pairs of driving wheels are better.

The first 4-6-4 in the United States of America, the J-1 of the New York Central Railroad, was built in 1927 to the railroadâs design by the American Locomotive Company (ALCO). There, the type was named the Hudson after the Hudson River.