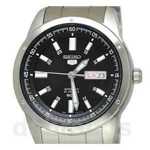 Specific Item Information: The same product code (MPN) was used for two different models. MPN 3203 can either be a single-wood-sheathed 40 foot boxcar for National Cylinder or a 40 foot steel boxcar with the same paint scheme and road number.


Model Information: The boxcars were first produced by Roco for Aurora's Postage Stamp line of N Scale Trains. They have also been imported by Model Power until the early 1980's. They were later imported using Roco's own branding by Walthers.