Please help support TroveStar. Why?
At least one of these are for sale right now with a price of: $223.58

71.229 of these sold for an average price of: 71.22
Click to see the details
history
This item is not for sale. This is a reference database. 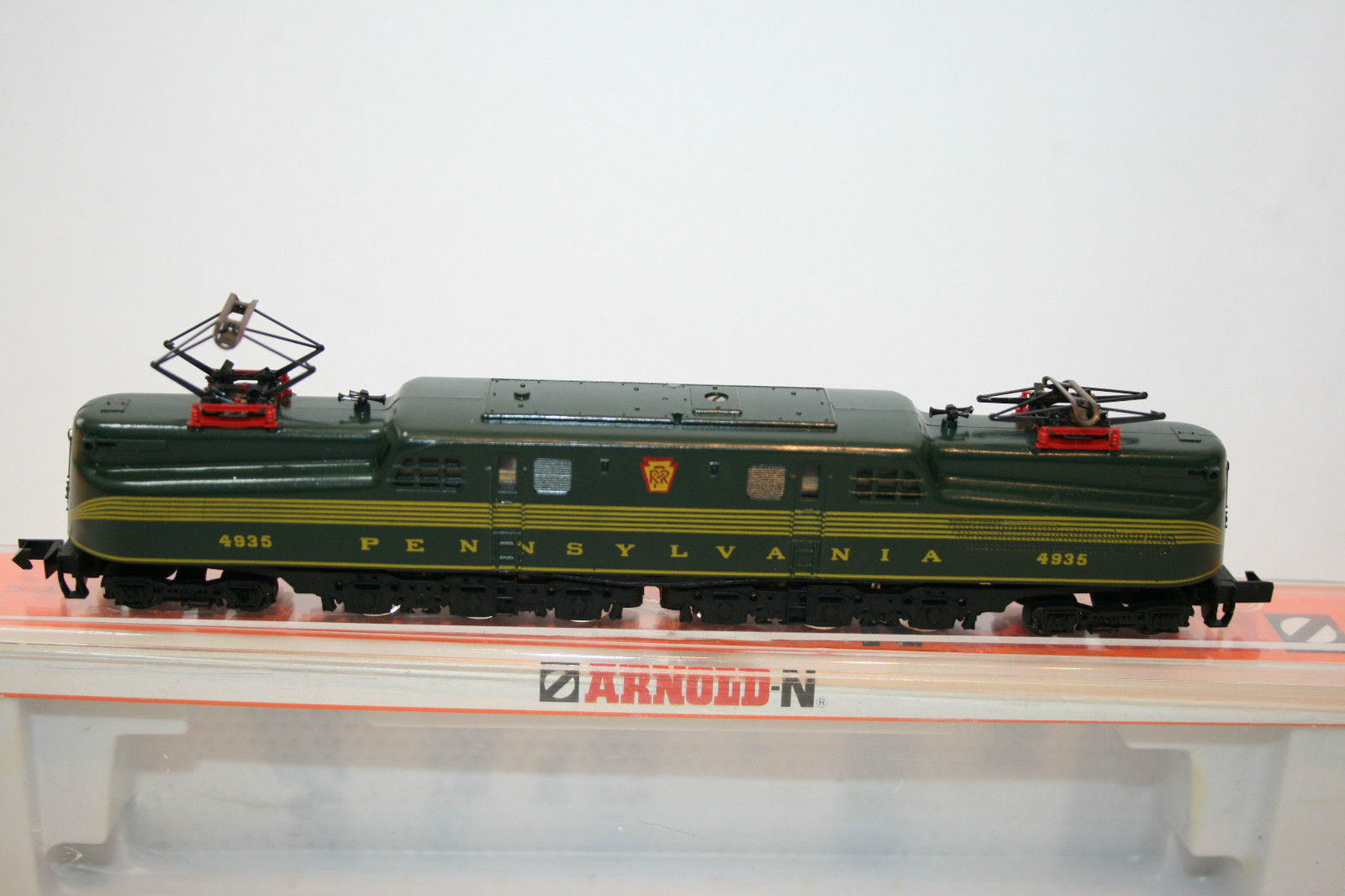 The PRR GG1 was a class of electric locomotives built for the Pennsylvania Railroad (PRR) for use in the northeastern United States. Between 1934 and 1943, General Electric and the PRR's Altoona Works built 139 GG1s. The GG1 entered service with the PRR in 1935, and later operated on successor railroads Penn Central, Conrail and Amtrak. The last GG1 was retired by New Jersey Transit in 1983. Most have been scrapped, but several remain in museums.