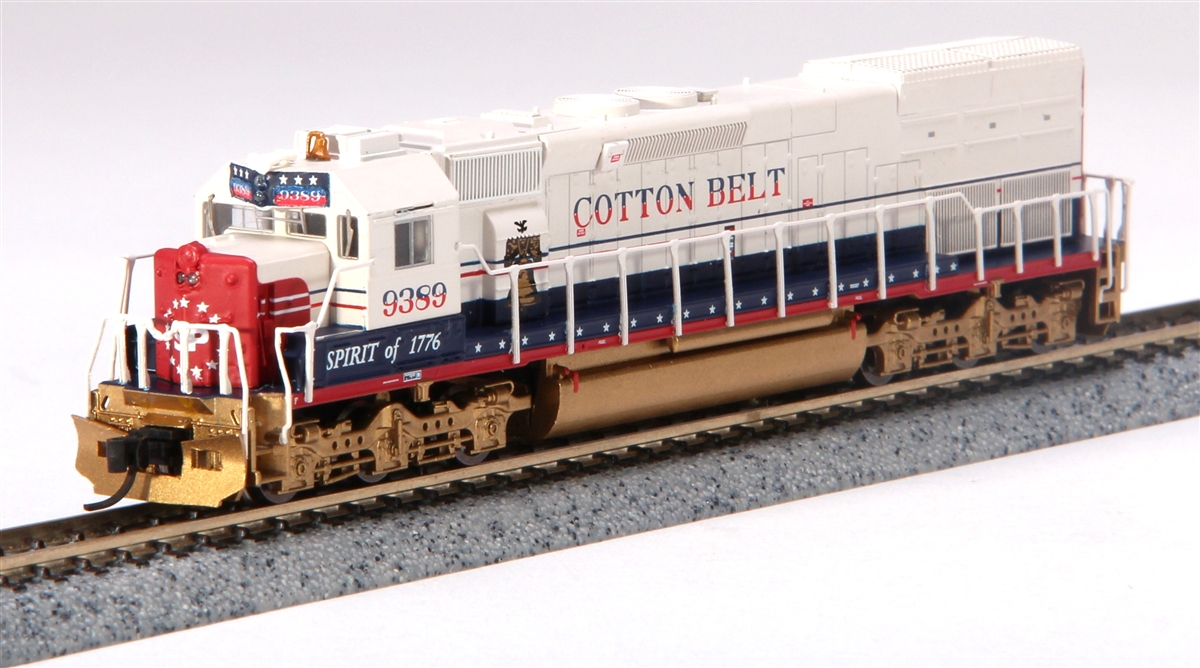 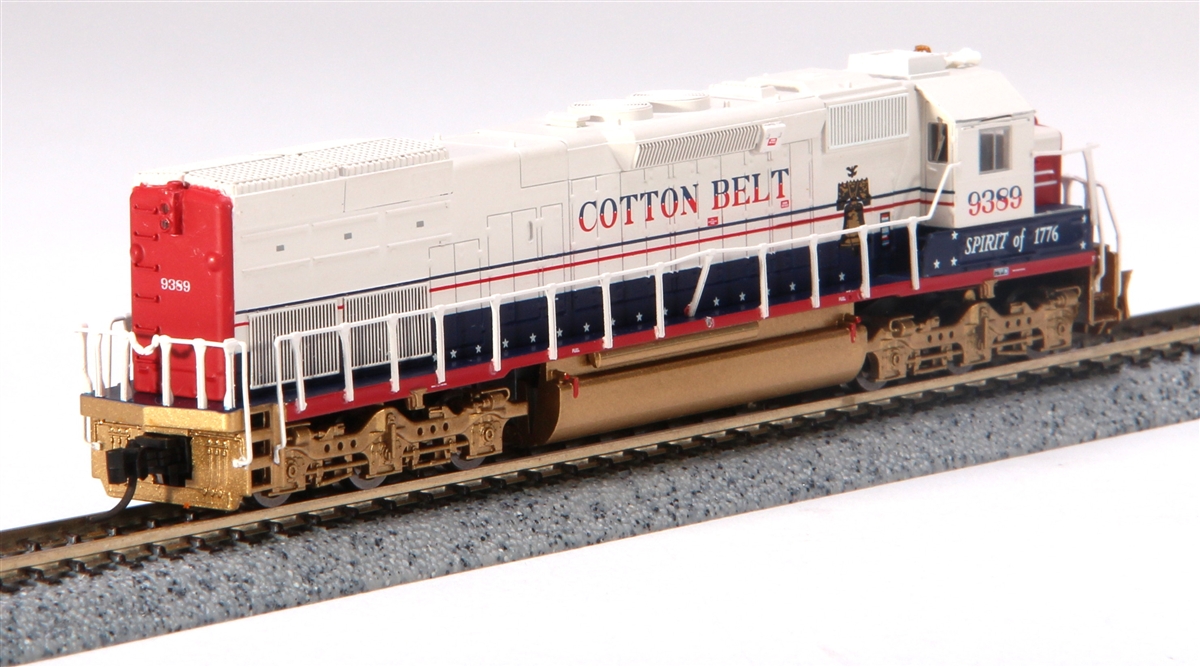 Assembly instructions from Intermountain: SD40T-2 / SD45T-2 (or on company website)
Note on this drawing that several parts are actually Atlas parts.

An SD40T-2 is a 6-axle diesel-electric locomotive built by General Motors Electro-Motive Division having a 16-cylinder EMD 645E3 diesel engine producing 3,000 horsepower (2,240 kW). 312 SD40T-2s were built for North American railroads between April 1974 and July 1980. This locomotive and the SD45T-2 are popularly called tunnel motors, but EMD's term is SD40-2s with "cooling system modifications" because they were designed for better engine cooling in tunnels. The difference between this locomotive and its non-tunnel motor cousin, the SD40-2, are the radiator intakes and radiator fan grills located at the rear of the locomotive. The radiator air intakes in this model were along the deck to allow more fresh, cooler air to enter and less hot exhaust fumes lingering around the tunnel's ceiling. EMD SD45T-2 vs SD40T-2 radiator fan motor access doors

In 2005, most of these units were owned by Union Pacific or leasing companies. By 2008, none were left in service on UP with SP or DRGW reporting marks. DRGW 5371 was the last one, retired in March 2008, and now resides at the Utah State Railroad Museum in Ogden Utah. Another SD40T-2 is preserved at the Boone & Scenic Valley Railroad in Boone, Iowa. UP still runs a few units repainted in its own livery.