Please help support TroveStar. Why?
One of these sold for: 58.50

Model Information: Originally, Con-cor contracted with Kato of Japan to produce this model. It was first released in 1973, though it does not appear in the 1973 JMC catalog. Con-Cor later moved this tooling to China and re-released the model in 1997 under their "Rail Baron Collection" branding. The mechanism is shared with the Kato-made Gas Turbine models introduced in 1975.
This locomotive was owned only by Union Pacific and Southern Pacific; Con-Cor however released it in several other paint schemes, that are pure fantasies.
This model has been re-run several times in different road names using the same stock number. 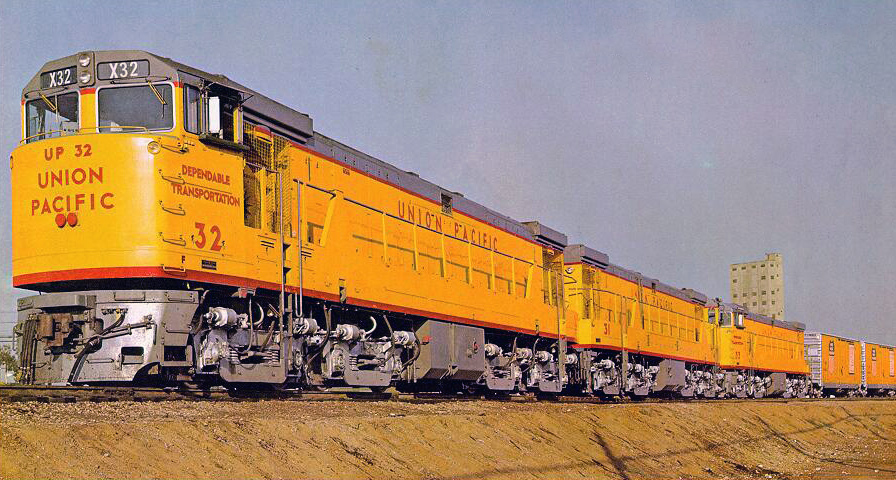 The GE U50 was an eight-axle, in B-B-B-B configuration, 5,000 hp (3,700 kW) road switcher diesel-electric locomotive built by General Electric. They were twin-engined locomotives, combining two 2,500 hp (1,900 kW) diesel engines.
The U50 was built in response to the Union Pacific Railroad's requirement, issued in the early 1960s, for a 15,000 hp (11,200 kW) 3-unit locomotive intended to replace the turbines. The design was effectively two U25B locomotives on a single frame; each diesel engine and generator powered only the two trucks at the same end.
26 U50 have been produced, 23 for UP and 3 for SP. They were all scrapped by 1977.

Read more on Wikipedia and American-Rails.com