Please help support TroveStar. Why?
At least one of these are for sale right now with a price of: $7.99 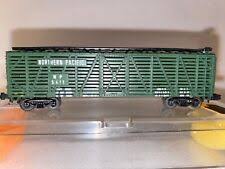 Model Information: This body style was first produced by Lima for AHM in the 1960s. It was later imported using Lima's own branding. It has also been imported by PMI. It shares a common underframe with several other Lima toolings including a gondola and reefer. It has annoying clip-attached trucks that make them hard to upgrade to MTL couplers.