Please help support TroveStar. Why?
2 of these sold for an average price of: 94.10

Collectors value this item at an average of 97.48 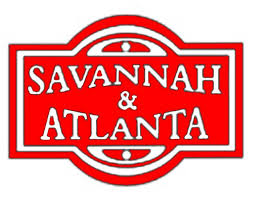 The 142-mile Savannah & Atlanta Railway ran from a junction with the Georgia Railroad at Camak, Georgia, southeast to the port city of Savannah. The deep south pike was incorporated by the Imbrie Company on December 8, 1915 to build a rail connection between the Georgia and the Savannah & Northwestern Railway. Larger regional Central of Georgia bought the line in 1951, which later all became a part of the Southern Railway system, but by 1962 the central section of the mainline had been abandoned. Remaining portions, especially on the kaolin-rich western end, are today operated by the Norfolk Southern and others.