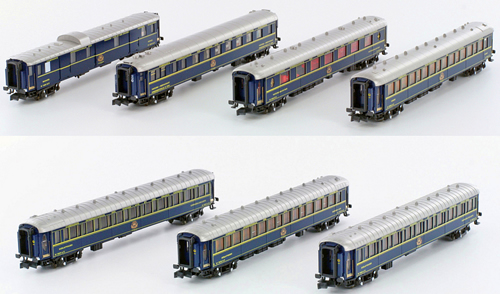 Model Information: Kato boxed sets for European Prototypes come in various shapes and sizes. These may contain complete train sets with track and power pack or may be as simple as a pair of passenger coaches. Many of the sets use "bookshelf" boxes with cardboard sleeves and carefully cut foam inserts.