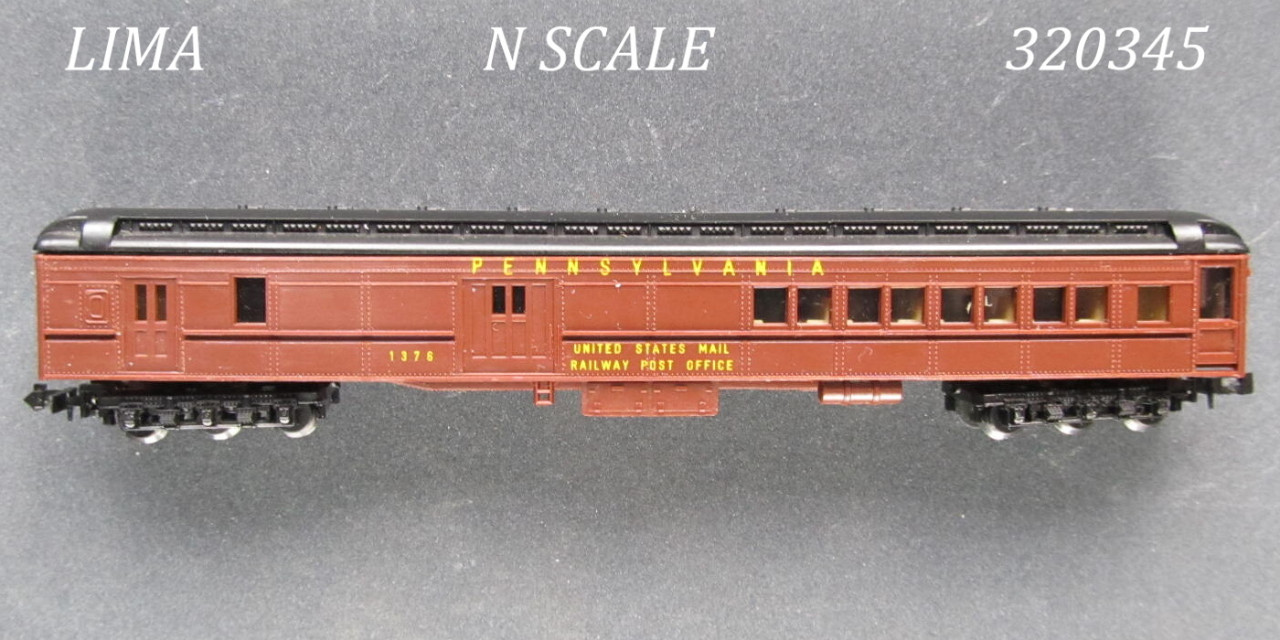 
Model Information: Lima introduced North American heavyweight passenger cars in their 1969-70 catalog, in 3 body styles: Coach, Combine and Observation.
It is inspired by the prototype of the PRR P70 coach car, with major differences though, starting with 3-axle trucks instead of 2 for the prototype.
First distributed in North America by AHM and PMI, it was later distributed by Model Power under their brand name. After Lima vanished in the mid 1990's, Model Power continued to produce a copy of these cars in a Chinese factory. All in all this model has been produced over 4 decades, with very few changes. The last versions released by Model Power in the late 2000's were fitted with dummy knuckle couplers instead of the original Rapido ones. Depending on year and origin of production, the wheels can be either nickel-silver plated metal or injection molded plastic.

Heavyweight Passenger Cars were the prevalent style of railcars used for passenger service during the interwar period. They were constructed of concrete, wood and steel. They were much heavier than modern passenger cars due to the materials used in their construction. They were so heavy that they ofthen (but not always) required three-axle bogies to support them.

A combine car in North American parlance, most often referred to simply as a combine, is a type of railroad car which combines sections for both passengers and freight. Most often, it was used on short lines to carry passengers and their luggage, as a full car would not have been cost effective. One half (or less) of the car is built like a baggage car while the other half of the car is a regular passenger car. This type of combine is referred to as a coach-baggage. Another common type of combine in railroad use was the coach-RPO. A portion of this type of car was configured as a railway post office while the rest of the car was configured as a coach.