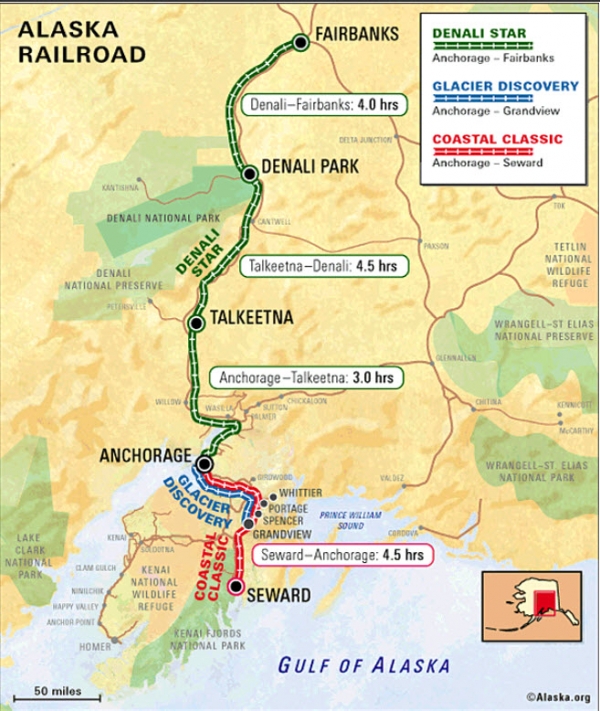 Company History: Born in 1923 with the consolidation and connection of the Tanana Valley and Alaska Northern railroads, the line was owned by the Federal Government (under the Department of the Interior) from the outset, later becoming the responsibility of the Department of Transportation in 1967. In the mid-80s it was sold to the State of Alaska.