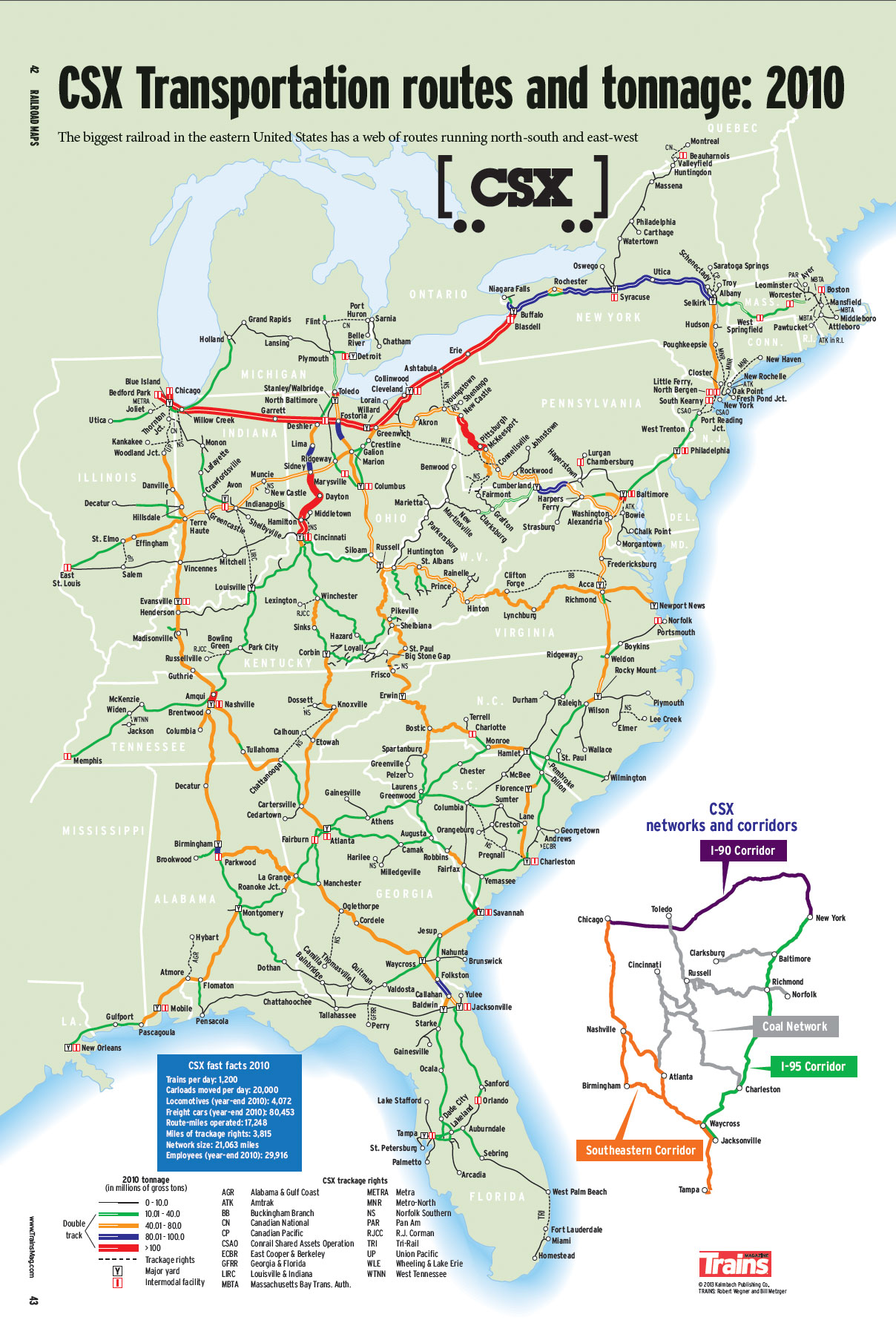 Company History: CSX Transportation (reporting mark CSXT) is a Class I railroad in the United States. The main subsidiary of the CSX Corporation, the railroad is headquartered in Jacksonville, Florida, and owns about 21,000 route miles (34,000 km). CSX operates one of the three Class I railroads serving most of the East Coast, the other two being the Norfolk Southern Railway (NS) and Canadian Pacific Railway. It also serves the Canadian provinces of Ontario and Quebec. Together CSX and Norfolk Southern Railway have a duopoly over all east-west freight rail traffic east of the Mississippi River. As of October 1, 2014 CSX's total public stock value was slightly over $32 billion.