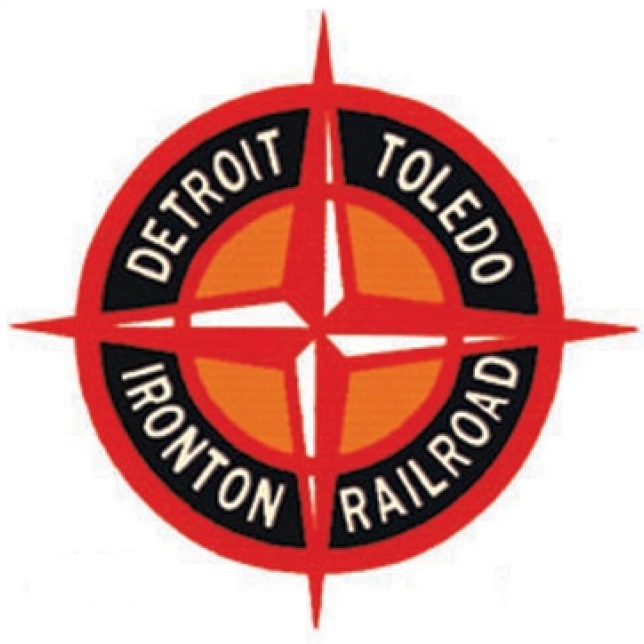 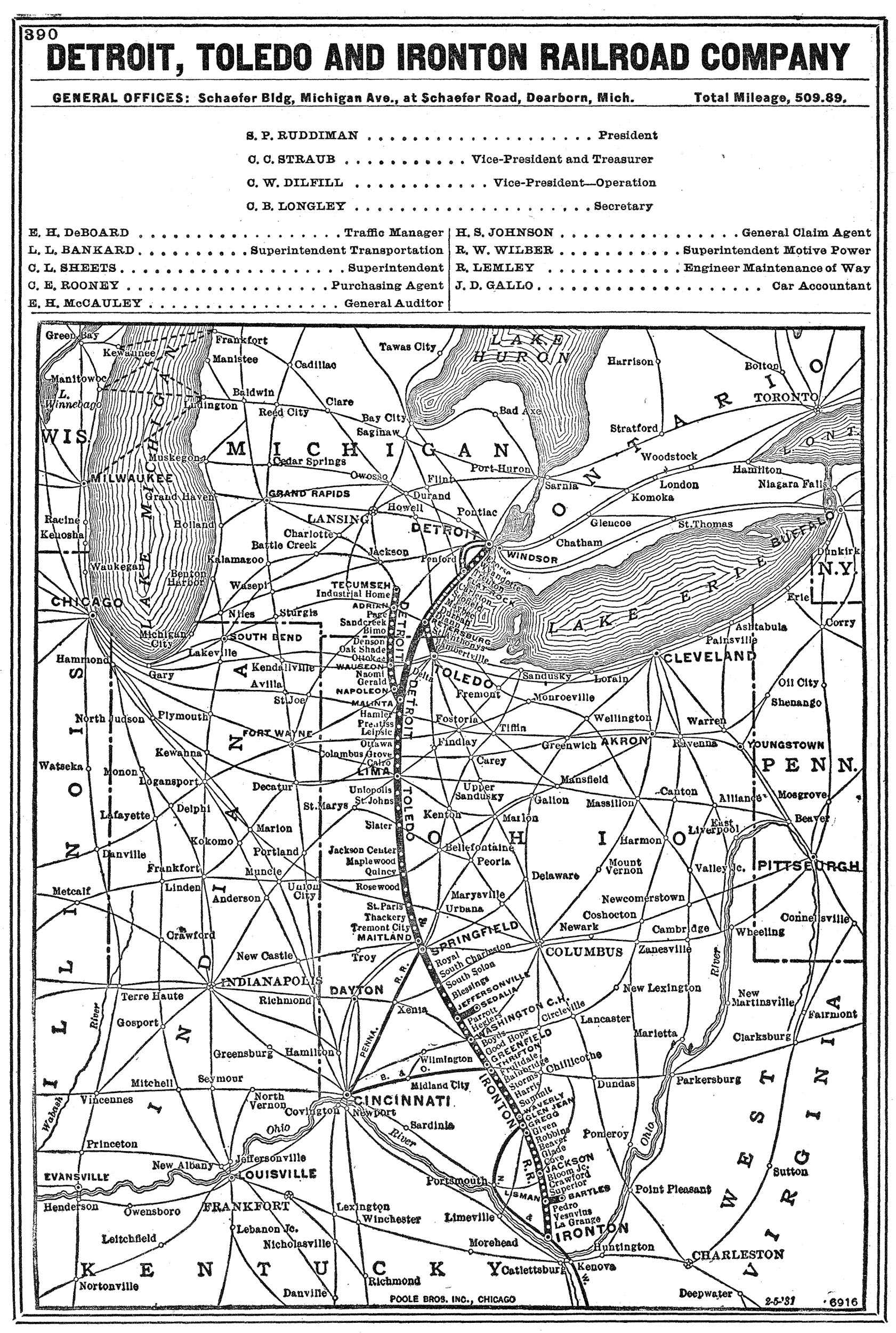 Company History: The DT&I was born in 1905 with the sale and reorganization of the Detroit Southern Railroad. Beginning in Detroit, the DT&I carved a huge northwest to southeast arc around western Ohio, serving Lima (like the bean, not Peru), Springfield, Jackson, and finally the Ohio River port of Ironton on the Kentucky border. Toledo was reached via a short segment of trackage rights on the Ann Arbor.