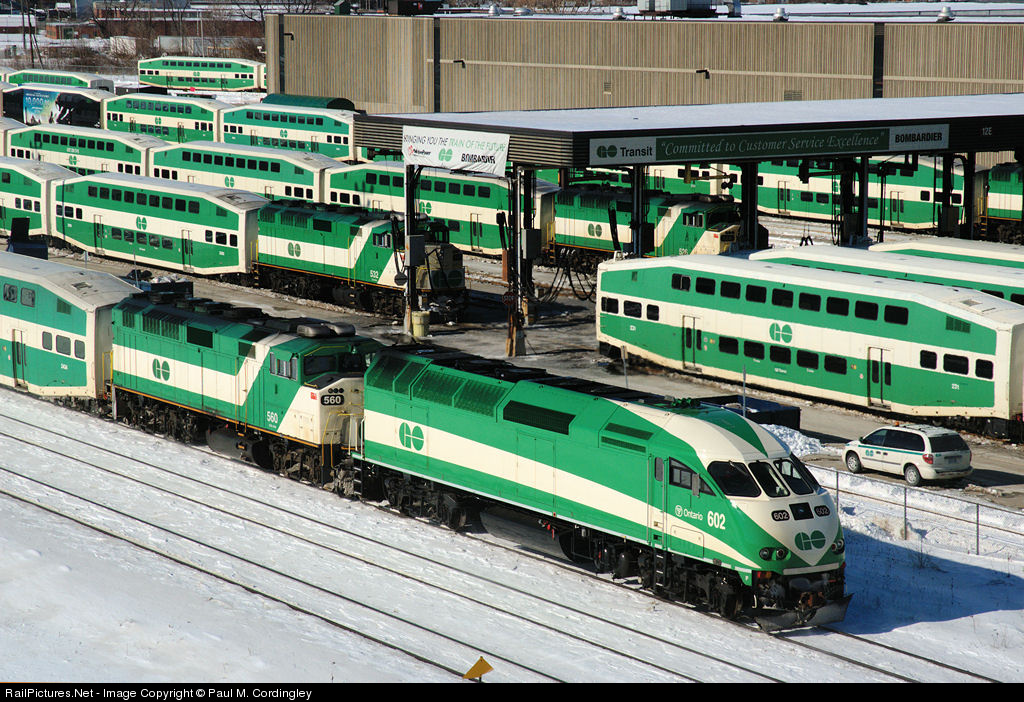 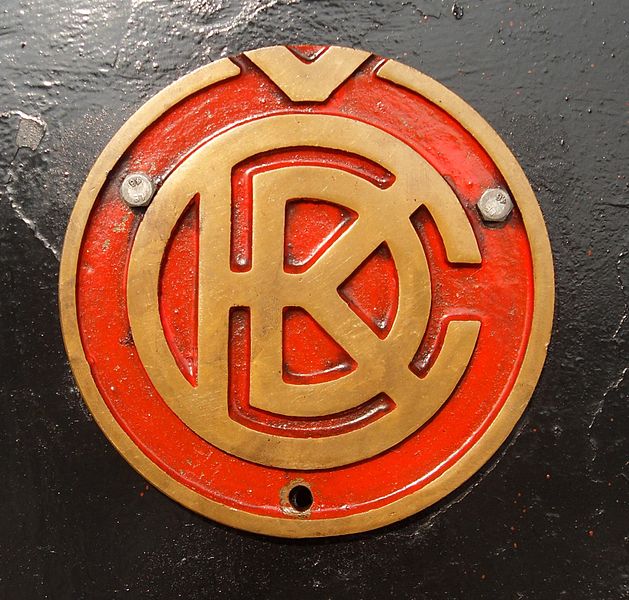 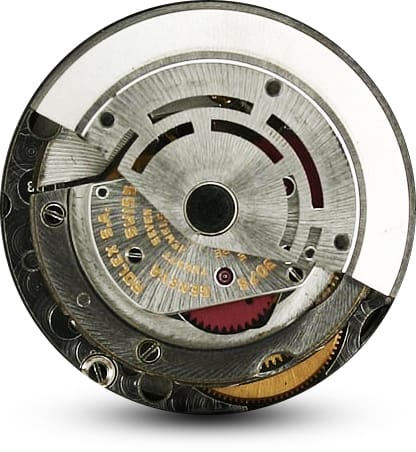 Company History: GO Transit launched in 1967 as an experimental commuter rail operation between Oakville, Pickering and Hamilton, Ontario along the north shore of Lake Ontario. Since weekend operations were limited in the early years, GO Transit locomotives could be found pulling Canadian National freight trains on weekends between Toronto and Montreal. Over the years, new routes were introduced and the rail system now stands at 280 miles. In recent years, an average of 187,000 riders take a GO Transit train each day. In 1978, the first of the âlozengeâ coaches arrived. The locomotive fleet during that period consisted of F40PHâs, GP40TCâs and GP40-2âs. The latter were paired with old F units rebuilt into HEP power/cab cars. This fleet was later replaced primarily with F59PHâs. MP40âs are now displacing the F59PHâs. The current fleet includes 65 locomotives and 574 coaches. Trains are as long as 12 cars. 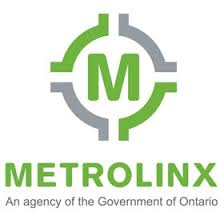 Metrolinx, an agency of the Government of Ontario under the Metrolinx Act, 2006, was created to improve the coordination and integration of all modes of transportation in the Greater Toronto and Hamilton Area. The organizationâs mission is to champion, develop and implement an integrated transportation system for our region that enhances prosperity, sustainability and quality of life.