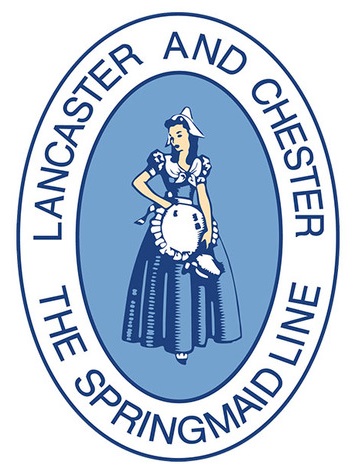 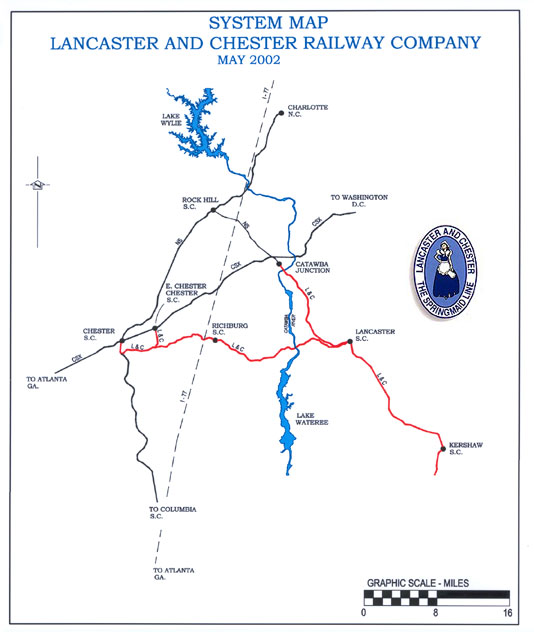 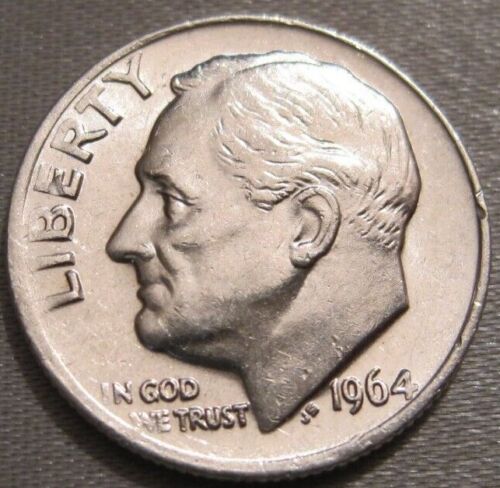 Company History: The L&C began as the Cheraw & Chester in 1873 but the lineâs sale on the court house steps to the Spring family in 1896 brought the change in name. The L&C links Lancaster and Chester, North Carolina which is a run of 29 miles. The Spring family owned textile mills along the line.

The early years were pretty rocky. The trestle over the Catawba River burned, followed by a depot a month later. Both were rebuilt. The line was 3â gauge but by 1902, that was unsustainable and the line was standard gauged. Then in 1913 there was a disastrous wreck of a passenger train on Hooperâs Creek Trestle that killed 5, and wiped out the lineâs passenger car fleet and the trestle. That was the end of passenger service for the Lancaster & Chester. Three years later, the bridge over the Catawba River was destroyed again, this time by a flood. The line has 66 curves, some quite sharp. The steepest stretch is Richburg Hill which has a maximum grade of 4.7%.

By the 30âs, the disasters had subsided and the L&C became famous for the use of publicity stunts such as naming 29 vice presidents, one for each mile of line. Gypsy Rose Lee was named Vice President of Unveiling.

The 50âs brought dieselization, first with GEâs and later EMD switchers. All locomotives wear the light blue with white trim and âThe Springmaid Lineâ in the logo (a reference to the Springâs textile business.)

In recent years, L&C has upgraded their track and bridges, and opened industrial parks along the line. In 2001, L&C bought 31 miles of connecting line from Norfolk Southern running from Lancaster to Kershaw, South Carolina.

This expansion increased traffic dramatically and more locomotives were acquired to augment what had been an all-switcher fleet. As of the end of 2013, the fleet included: three SW900âs, four SW1200âs, two SW1500âs, two GP38-2Mâs, two GP38ACâs, and three GP38-2âs.

In 2010, the Spring family sold the L&C to the Gulf & Ohio shortline family. However, it appears for the moment that G&O will preserve the L&C blue paint scheme. 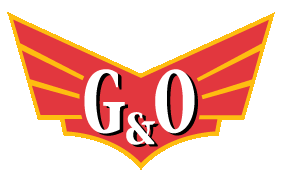 Gulf & Ohio Railways is a holding company for four different short-line railroads in the Southern United States, as well as a tourist-oriented passenger train, and locomotive leasing and repair service through Knoxville Locomotive Works. Gulf & Ohio maintains its corporate headquarters in Knoxville, Tennessee. The company owns railroads carrying a wide variety of commodities, generating around 40,000 annual carloads over approximately 225 miles of track. Gulf & Ohio Railways was founded by Pete Claussen concurrent with the start up of the first G&O shortline, the Mississippi Delta Railroad in 1985. The Alabama & Florida and Wiregrass Central soon followed as the next additions to the Gulf & Ohio network, beginning operations in 1986 and 1987 respectively.