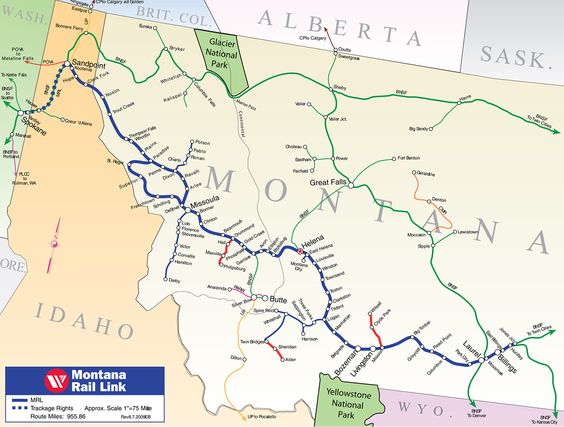 Company History: Montana Rail Link (reporting mark MRL) is a privately held Class II railroad in the United States. MRL, which operates on trackage originally built by the Northern Pacific Railway, is a unit of the Washington Companies, and is headquartered in Missoula, Montana.