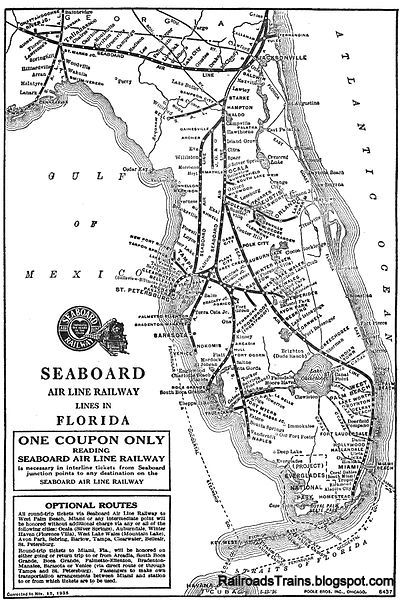 Company History: The Seaboard Air Line Railroad (reporting mark SAL), which styled itself "The Route of Courteous Service," was an American railroad whose corporate existence extended from April 14, 1900 until July 1, 1967, when it merged with the Atlantic Coast Line Railroad, its longtime rival, to form the Seaboard Coast Line Railroad. The company was headquartered in Norfolk, Virginia, until 1958, when its main offices were relocated to Richmond, Virginia. The Seaboard Air Line Railway Building in Norfolk's historic Freemason District still stands and has been converted to luxury apartments.