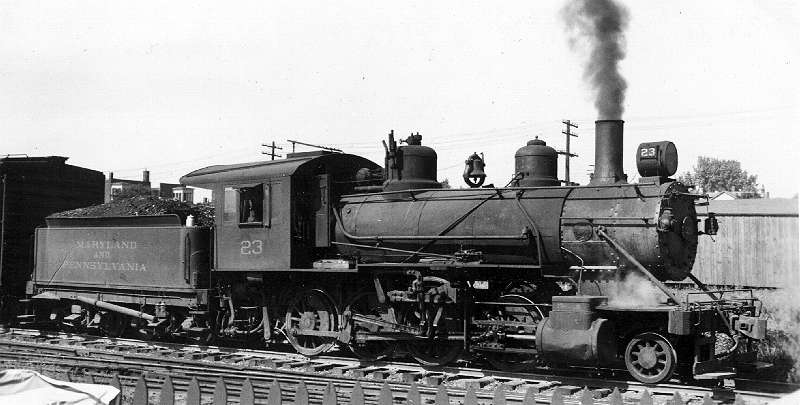 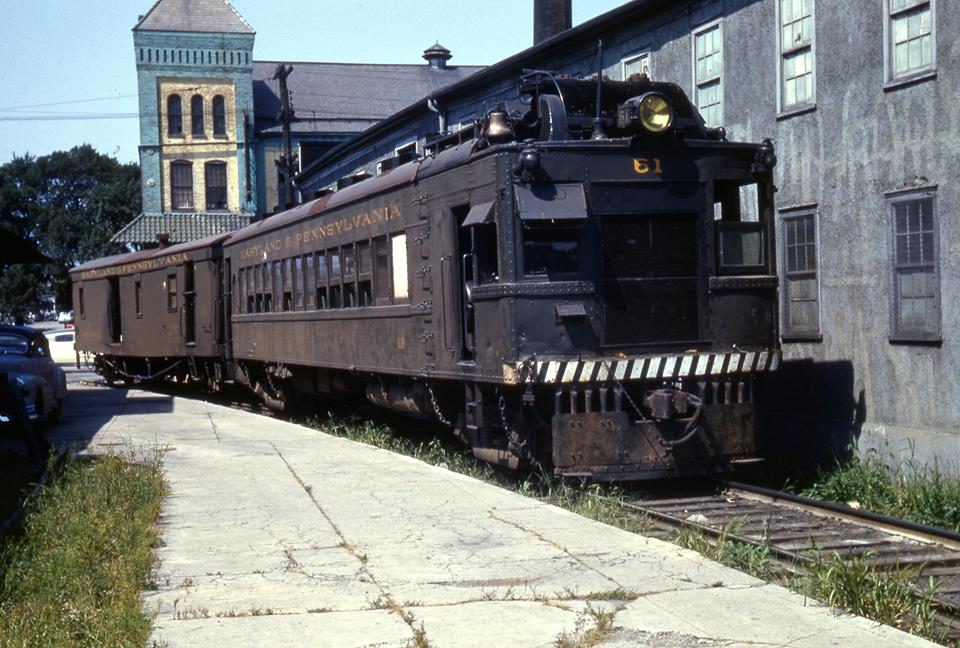 Company History: The Ma & Pa (as it was known) was the result of the 1901 merger of two lines together linking Baltimore, Maryland with York, Pennsylvania. Although these cities are just 45 miles apart, it took the Ma & Pa 77 miles of route to connect them. The predecessors had been originally constructed to 3â gauge so tight curves, light bridges, and thin roadbed were the rule. Both were standard gauged before the Ma & Pa merger. At its peak in 1913, they had 573 employees! The largest steam locomotives were 2-8-0âs and they never owned an engine with a trailing truck. With all of the sharp curves (36% of the mileage was curved track) derailments were relatively common. Ma & Pa was one of very few shortlines to have its own derrick.

Think of the Ma & Pa as a Virginia & Truckee of the east. The steam locomotives were antiques, the freight cars were wooden, and the coaches had open platforms decades after other lines had modernized.

Traffic included furniture from Red Lion, slate from Delta, and milk from just about every town along the line. Passenger service was exceedingly slow with the daily York to Baltimore train taking 4 hours to cover the 77 track miles. Passenger service ended in 1953.

In 1958, the lines in Maryland were abandoned. The following year, Ma & Pa relaid track on the Peachbottom branch that had been abandoned and pulled up in 1903. A nuclear power plant was under construction at Peachbottom and the Ma & Pa moved construction material on the line for several years. In 1971, Eamons Industries bought the line as a means of entering the freight car leasing business. Over the next decade, the Ma & Pa freight car fleet swelled to over 2,000 cars (and not a wooden one in the lot.)

In 1976, Ma & Pa picked up the former Pennsylvania Railroad line from York to Walkersville, Maryland although that was cut back to Hanover, Pennsylvania just two years later. That year the original Ma & Pa mainline south of Red Lion was abandoned followed by the rest of original mainline in 1983. At that point, the Ma & Pa was operating exclusively on former PRR lines, whose construction standards were much more stout than Ma & Paâs narrow gauge predecessors.

Late in 1999, Maryland & Pennsylvania merged with another area shortline called Yorkrail. The new railroad is called York Railway with 42 miles of line serving about 40 customers. They are now part of the Genesee & Wyoming shortline family. A short segment of the original Ma & Pa main has been preserved.