Collectors value this item at an average of 20.36 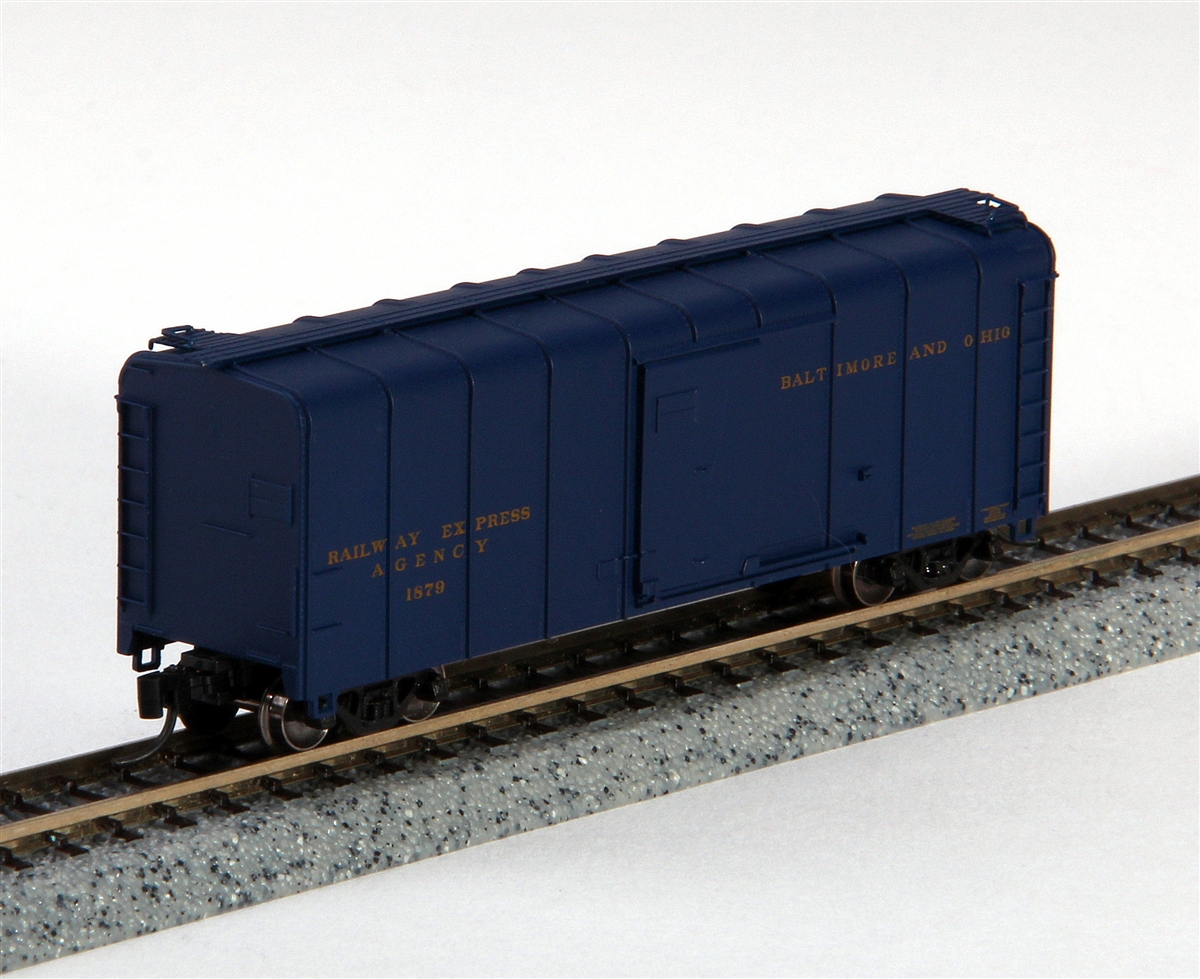 Model Information: Fox Valley first announced this model in March of 2013 with a target delivery date of December 2013. The model features offset doors and a simulated Fiberglas roof panel. The Fox Valley model has a one-piece body with a separate roof. The fourth panel from the B end is painted white to simulate the translucent material used on the full-size cars. The model depicts the modified diagonal panel shape of this piece as well. As the cars were rebuilt, the translucent roof panels were replaced with steel panels. The model decorated for CSX has this feature, and new doors.

The tooling has a molded underframe with detail that includes the brake cylinder, reservoir, triple valve, piping, and brake mechanism. The model is within inches of prototype dimensions except for overall length. The full-size cars have cushioned underframes that extend past the end sills, but the modelâs draft gear is flush with the end of the car. The body-mounted magnetic couplers are set at the correct height. All grab irons and ladders are molded on, but there are separate etched-metal crossover platforms and a separately applied brake wheel. The free-rolling metal wheelsets are in gauge and operated fine on code 55 track. The car weighs 1.2 ounces, slightly over the National Model Railroad Association recommended weight for a 50-foot car.


Prototype Description: This car was developed by the Baltimore & Ohio for use in hauling the thin, delicate sheet metal used in food packaging. By offsetting both doors to the A end of the car, engineers were able to fit two more coils of metal inside than in a standard center-door boxcar, for eight total. The extra-wide doors allowed a forklift operator to place the last two coils just inside the doors without trapping his machine inside.