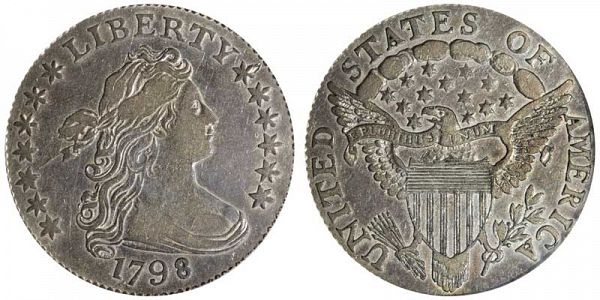 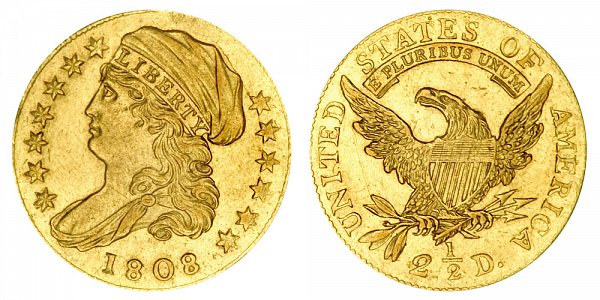 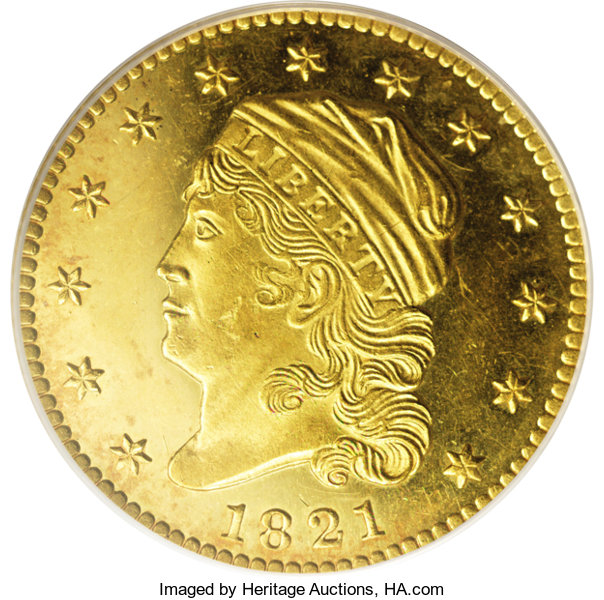 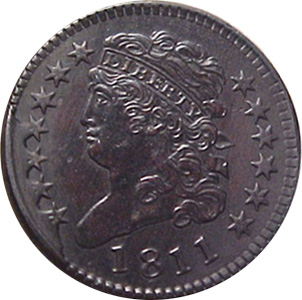 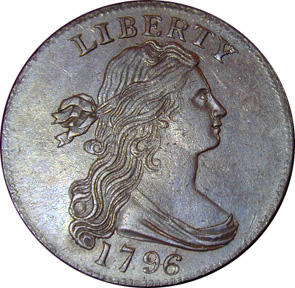 Draped Bust was the name given to a design of United States coins. It was the second major design for US Coinage (following the Flowing Hair design). It appeared on much of the regular-issue copper and silver United States coinage between the years of 1795 and 1808.

In 1796, Congress responded to the almost universal dissatisfaction with the Flowing Hair design and decreed a new design. As was the custom of the time, all denominations bore the same design or, in this case, the same obverse. By Congressional decree, certain features were required: The eagle, the word Liberty, stars and United States of America. It was not considered necessary to include the value of the coin since it could be discerned from its size based on the precious metal content. Thus, the half dime was the smallest silver coin (containing 1/20 of the amount of silver in a dollar) and each denomination was larger up to the silver dollar.

Obverse: All coins (copper and silver) bore the same obverse. Robert Scot, Chief Engraver of the U.S. Mint, 1793â1829, transformed a portrait of a society lady by Gilbert Stuart into a rather Buxom Ms. Liberty. Some accounts identify the woman as Philadelphia socialite Ann Willing Bingham. She remained essentially unchanged for several years with the exception of an extra curl added to her flowing locks in 1798.

Reverse: There are three basic reverse designs. The first, for copper coins, features the value of the coin (half cent or one cent) surrounded by a wreath or vine. The words 'UNITED STATES OF AMERICA' encircle the wreath. In 1795-1797, a scrawny, naturalistic bald eagle was depicted on the reverse side of all silver coins. This design is known as Draped Bust, Small Eagle and usually commands a high price due to the extremely low mintage at the time. In 1798, the small eagle was replaced by the Heraldic eagle. This design is known as Draped Bust, Heraldic Eagle. The famous 1804 silver dollar has this design as well the reverse of the Kennedy half dollar in 1964. Three denominations also bore the appropriate fraction: Half cent (1/200), large cent (1/100) and half dollar (1/2).