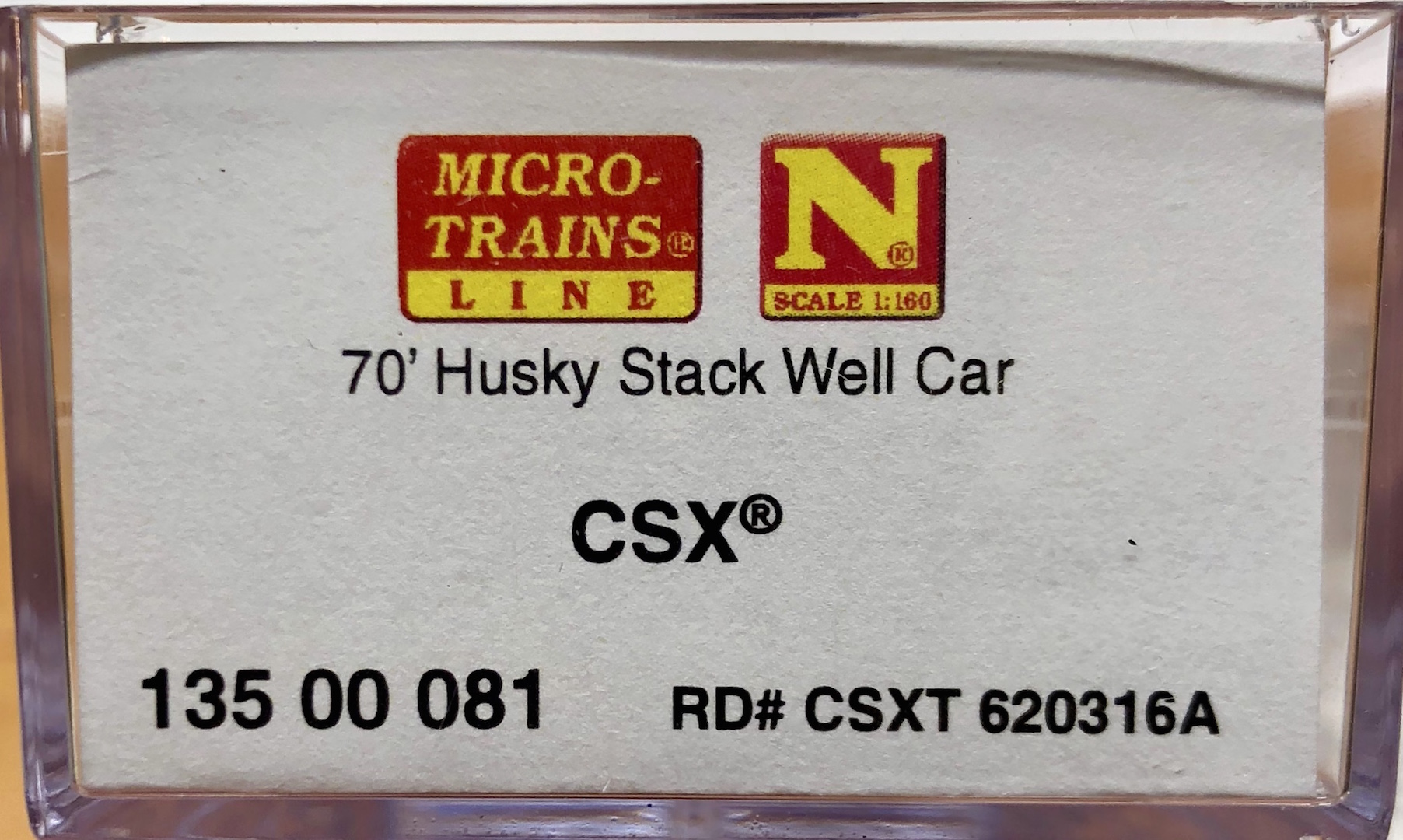 Specific Item Information: These 70â Husky Stack well cars are blue with white lettering and run on ASF Ride Control trucks. Built in the 1990s, these 620300-620329 series CSX well cars accepted containers up to 48â in length in the bottom well position. The Husky-StackÂ® well car was first introduced in 1990 at the International Intermodal Expo in Atlanta, GA.