Model Information: InterMountain introduced this model in 2005, and have since followed up with several subsequent runs. The model shares the same chassis as Intermountain's F7s. The PC board was re-designed in 2014 with motor contact "shoes" replaced by wires.

In December 2014, a new run of several road numbers was announced which introduced new factory DCC-equipped versions, sound and non-sound. These models come with a brand new design that incurred significant delays. First batch is expected to be delivered mid-2017.

These locos sport all of the niceties one normally associates with "modern" diesel models, e.g. - split-frame DCC-Ready metal chassis, dual-flywheels, low-friction drive, plastic truck assemblies, plastic gearing, blackened wheels, all-wheel drive / pick-up (no traction tires). The motor is an open-sided 5-poler. Directional lighting on A units is controlled by a PC board mounted on top of the chassis, and with the LED headlight mounted on the front of the chassis (with wires running between the two).


DCC Information:
Models released up to 2014: These locos are qualified as "DCC-Friendly" and not "Ready" because installing after-market decoders requires de-soldering and re-soldering a few wires. Not too complex, but you'll need a soldering iron...
- For locos released before 2014: front light of A units needs to be re-soldered to the decoder board.
- For locos released after 2014: in addition to the front light, the motor contacts are performed by two wires that need to be re-soldered to the decoder board. 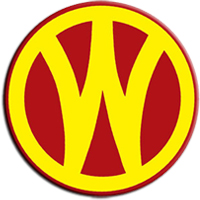