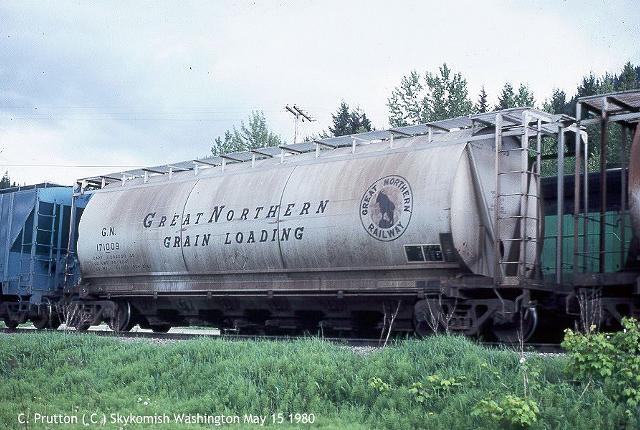 History: ACF introduced their roundish cylindrical hoppers in the early 1960s. The cars differed greatly from the ribbed sided hoppers of the era. They have been made in 3-bay and 6-bay variations. These cylindrical hoppers were superseded on ACFâs production line by the Centerflow in 1964, a revolutionary design that influenced later covered hopper types. In the late 60s or early 70s Canada came out with 4-bay covered hoppers that appear to be derived from ACFâs pre-Centerflow cylindrical hoppers. These cars were used by CN, CP and various smaller Canadian shippers. There is some question as to why the Canadian builder based their design off the older cylindrical and not ACFâs newer Centerflow. It was likely a patent issue and copying it could have triggered legal action against the Canadian builders. There are also certain structural design differences between the cylindrical and centerflow cars and perhaps the decision to copy the cylindrical was based on the greater volume capacity of the cylindrical design.