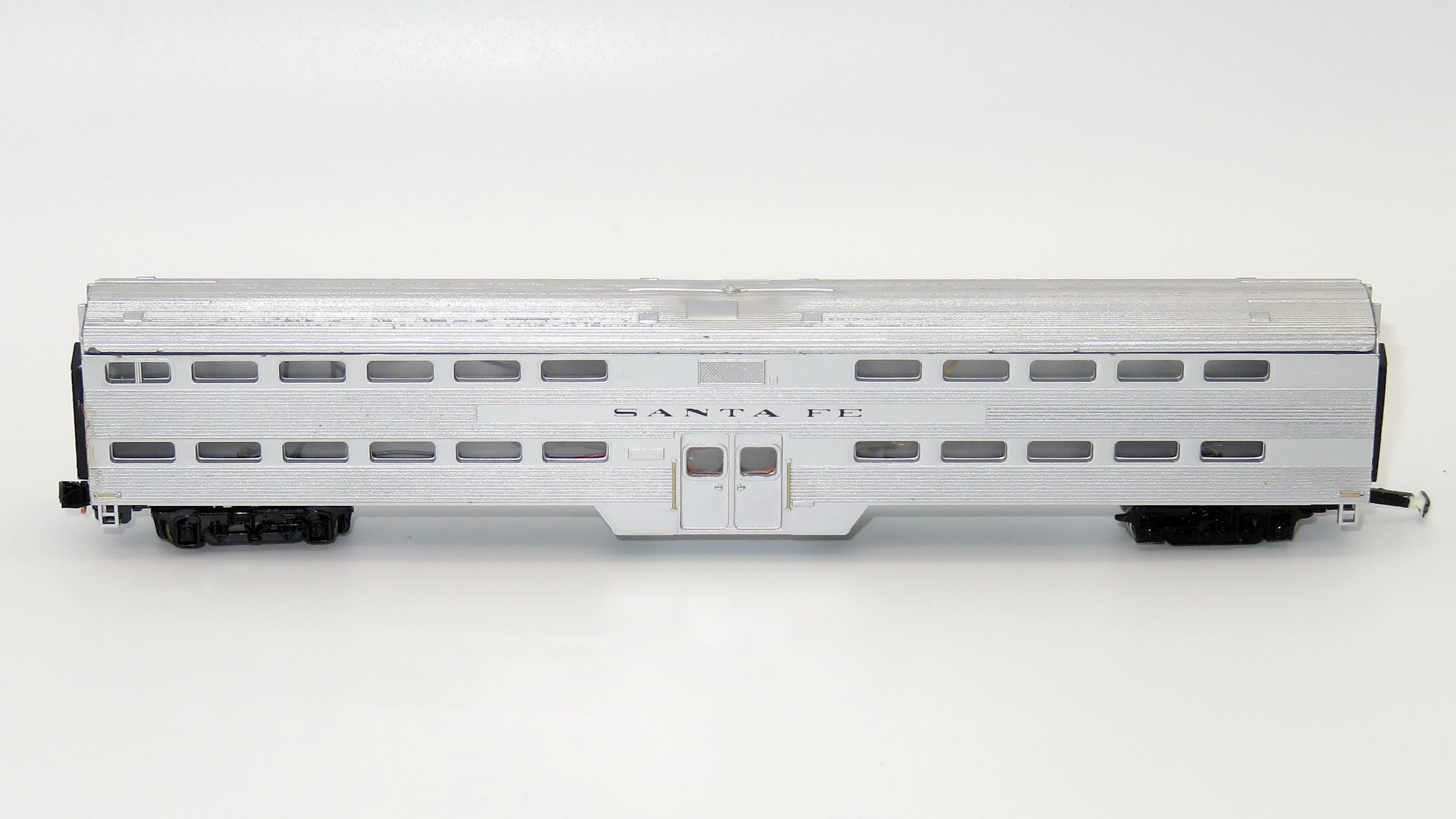 Model Information: Precision Master first released this body style in kit form. Later on, they released the same body as a RTR (Ready-to-Run) model. In 2005, Red Caboose acquired this tooling from PM. Red Caboose released this model in RTR form. In 2015, Fox Valley acquired all the N Scale toolings from Red Caboose and is re-releasing these models in RTR (Ready-to-Run) versions with metal wheels and body-mount couplers, which improves this model from a 2nd generation to a 3rd genration piece of rolling stock.

FMC Corp. built some 6,825 4,700-cubic-foot cars between 1971 and 1981. At first glance, these look like Pullman-Standard PS2-CD cars, but they can be distinguished by their tall sides, that extend down lower than the PS "high rise" design, and the horizontal groove that runs down the center of the side. They have 17 panel sides, separated by 16 vertical posts/ribs. FMC also made a 4,692-cubic-foot car that looks like the 4,700-cubic-foot car, but has a 5/4/5 side brace pattern.