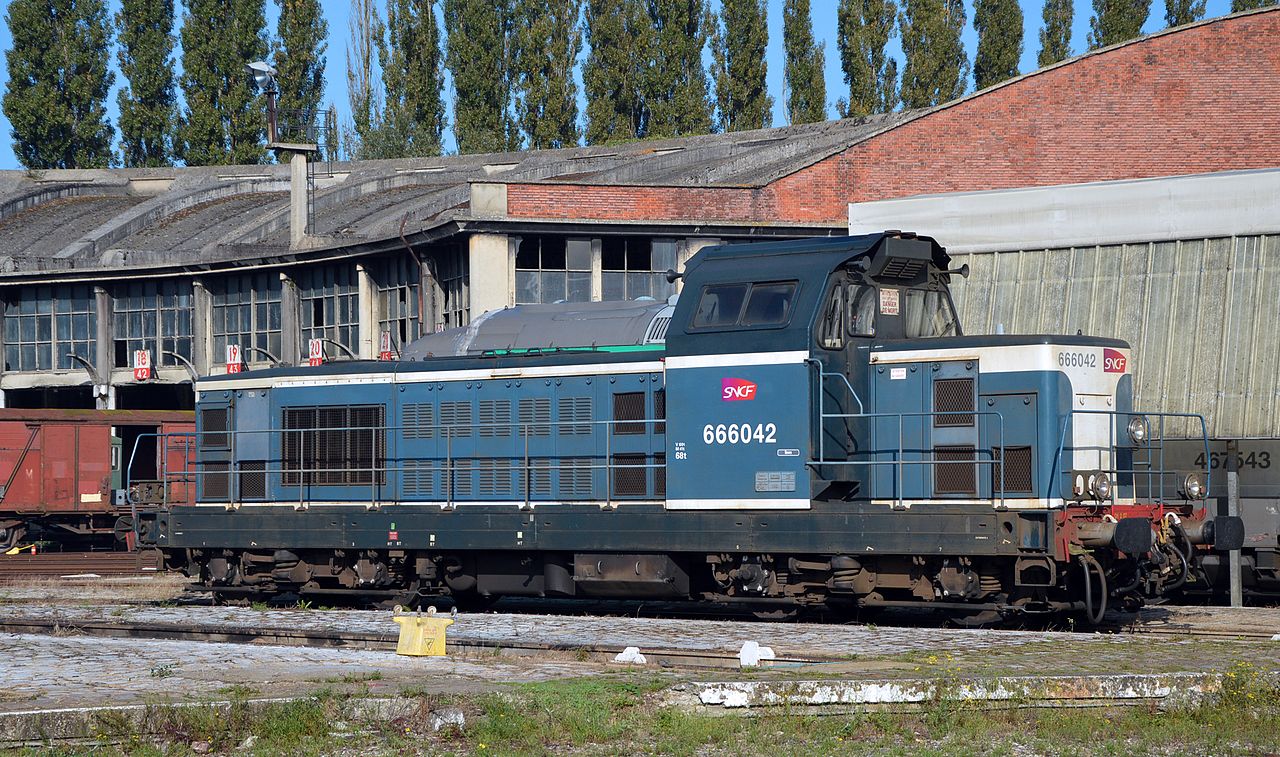 History: The A1A A1A 68000 is a series of 6-axle A'1A'-A'1A' diesel-electric locomotives commissioned by the French state railway SNCF. Initially ordered in June 1961, they were delivered between July 1963 and August 1968. A total of 109 units have been produced. According to practice of that time, SNCF was the main designer and the locomotives were manufactured by a variety of sub-contractors, with final assembly at Compagnie des Ateliers et Forges de la Loire (CAFL) in Saint-Chamond, Loire, France. These are multi-purpose locomotives, that can be used for passenger service as well as freight. They can be coupled between themselves in multi-unit, as well as with BB 67000 locomotives, with which they share a number of components.

Power output: 2,700 hp
They were equipped with a steam generator for passenger heating.