DCC Information: Accepts decoders with Next18 interface.
The (S) versions are factory-equipped with an ESU LokSound micro. 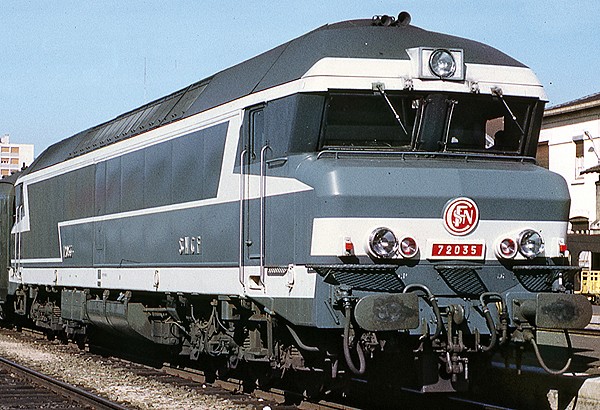 The CC 72000 is a series of 6-axle C'C' diesel-electric locomotives commissioned by the French state railway SNCF. Initially ordered in December 1965, they were delivered between December 1967 and June 1974. A total of 92 units have been produced. The locomotives were manufactured by Alsthom (now Alstom) and motorized with a SACM AGO 16 cylinders ESHR engine.

Read more on Wikipedia (in French).