Please help support TroveStar. Why?
12 of these sold for an average price of: 22.07 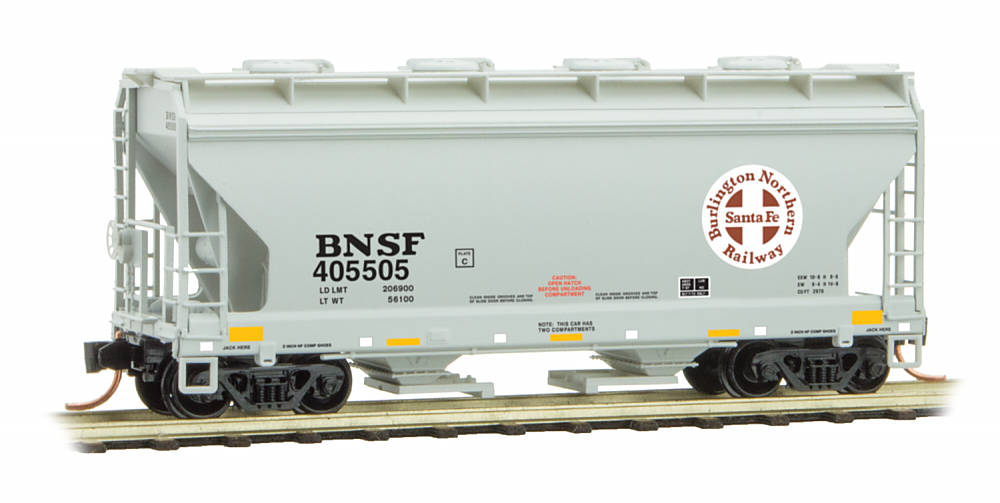 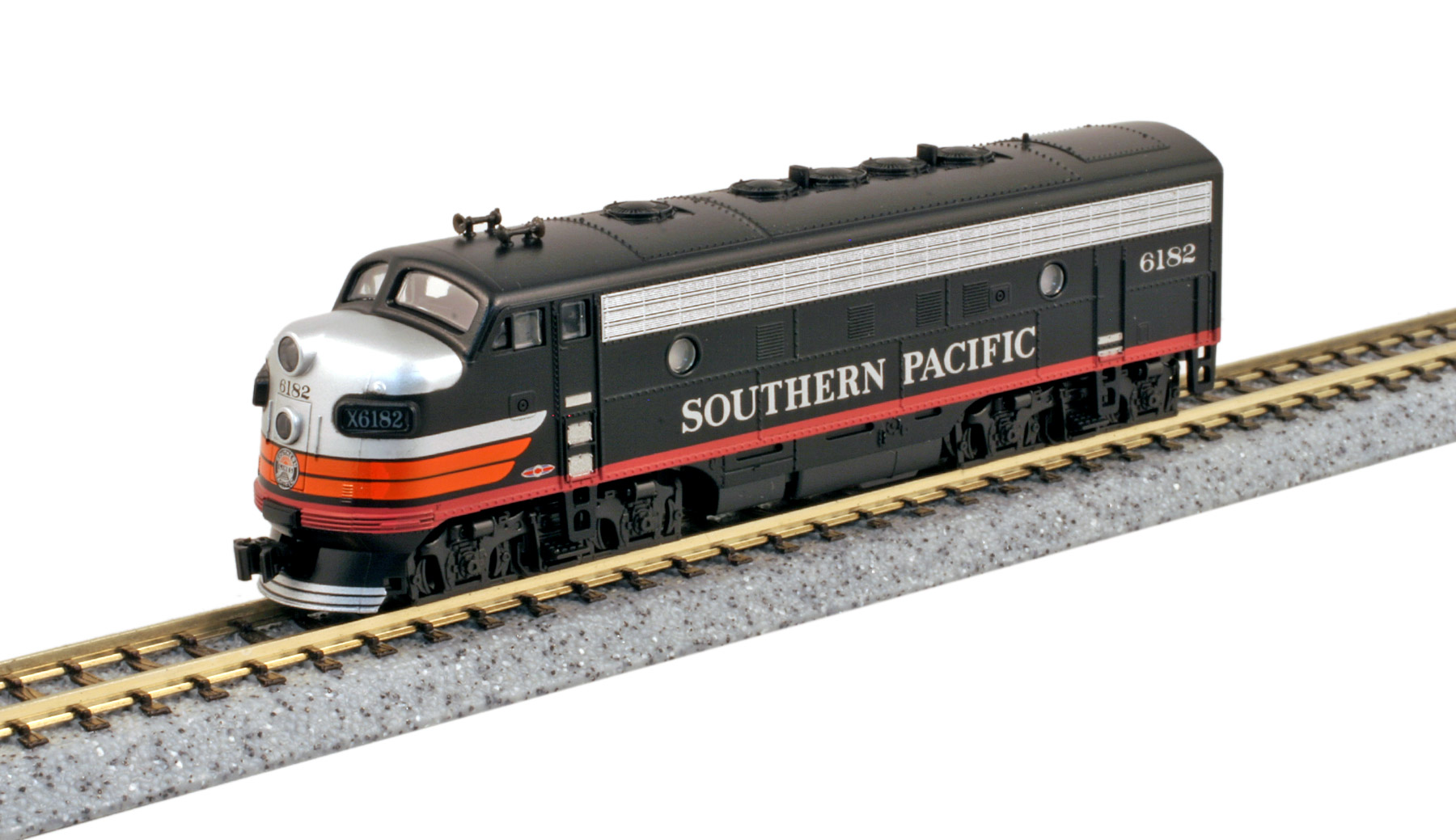 Specific Item Information: These 2-bay covered hoppers are grey with circle cross logo and run on Barber Roller Bearing trucks. Built for Frisco in 1975 by American Car & Foundry, these were transferred to Burlington Northern in 1980 and repainted. These cars were included in the 1996 BNSF merger and joined series 405350-405575.


Model Information: This body style models an ACF Centerflow 2980 Cubic Foot 2-Bay Covered Hopper. Specifically the model represents the version as first produced in the 1960s. The model faithfully depicts the unique design features of the car. It rides on MTL Barber Roller Bearing trucks. The car features separate roof hatches, finely molded ladders and end supports as well as two detailed gravity outlets on the bottom of the car. Even though the model has a 1960s vintage, many are still in service today in secondary service on short lines and regional railroads. Along with the excellent molded detail, the top-grade printing and painting make these cars an must-have for any N Scale hopper fleet.