Please help support TroveStar. Why?
5 of these sold for an average price of: 396.54 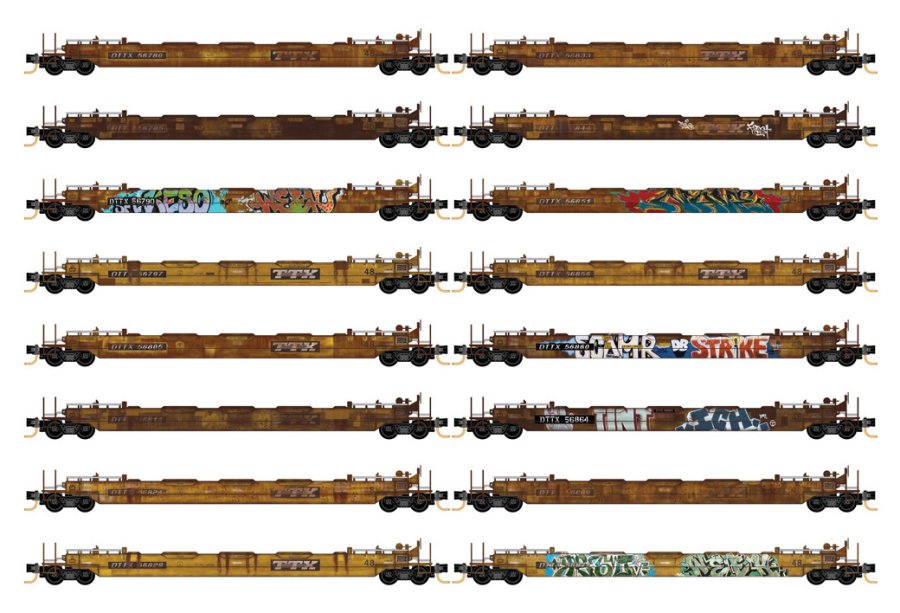 Specific Item Information: Since the early 1990s, 70â Husky Stack intermodal well cars have been found in long unit trains on every major Class 1 railroad from coast to coast. These cars can each carry up to two containers, the bottom well position holding a 48â container and the top holding containers up to 53â in length. These sets are available in either pristine unweathered well cars or weathered cars with intermittent graffiti. Both sets will have unique road numbers. Contact your dealer to reserve yours today!