Despite being really tiny, this model runs very smoothly.
All eight box trailer wheels provide pickup (no traction tires). Propulsion is provided solely by the two axles on the forward box trailer truck. The cab wheels are electrically neutral.
This is a N gauge model, not a Nn3 narrow gauge like the prototype.

This model is a replica of Rio Grande Southern (RGS) Motor #5 in its original configuration (freight). All other roadnames but RGS are fantasy, as the prototype was only built and used by the RGS. All non RGS versions are marked with road number X-105 and MoW (Maintenance of Way).


DCC Information: First release was DC-only. Second release was with a built-in DCC decoder. Note that both versions are using similar stock numbers (difference is a 0 or a 9 as 2nd character) and can be distinguished by the mention "Standard DC Version" or "Dual Mode DC+DCC Version" on the sticker on the side of the package. 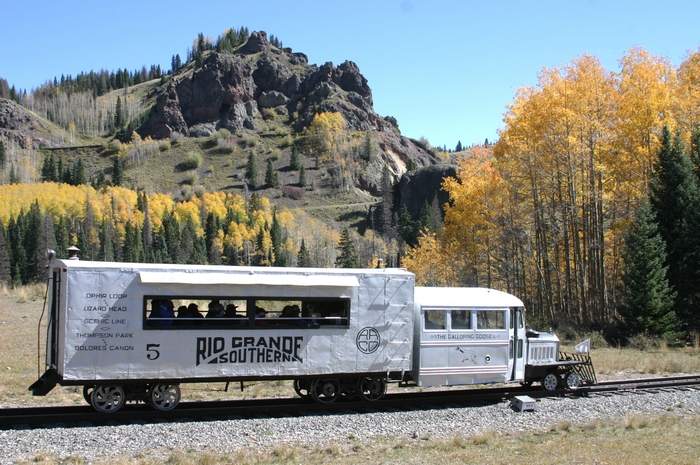 Galloping Goose is the popular name given to a series of seven railcars (officially designated as "motors" by the railroad), built in the 1930s by the Rio Grande Southern Railroad (RGS) and operated until the end of service on the line in the early 1950s.

All but #1 have been preserved and are visible in various museums in Colorado. All the surviving units have been restored and are operational.
From Wikipedia.