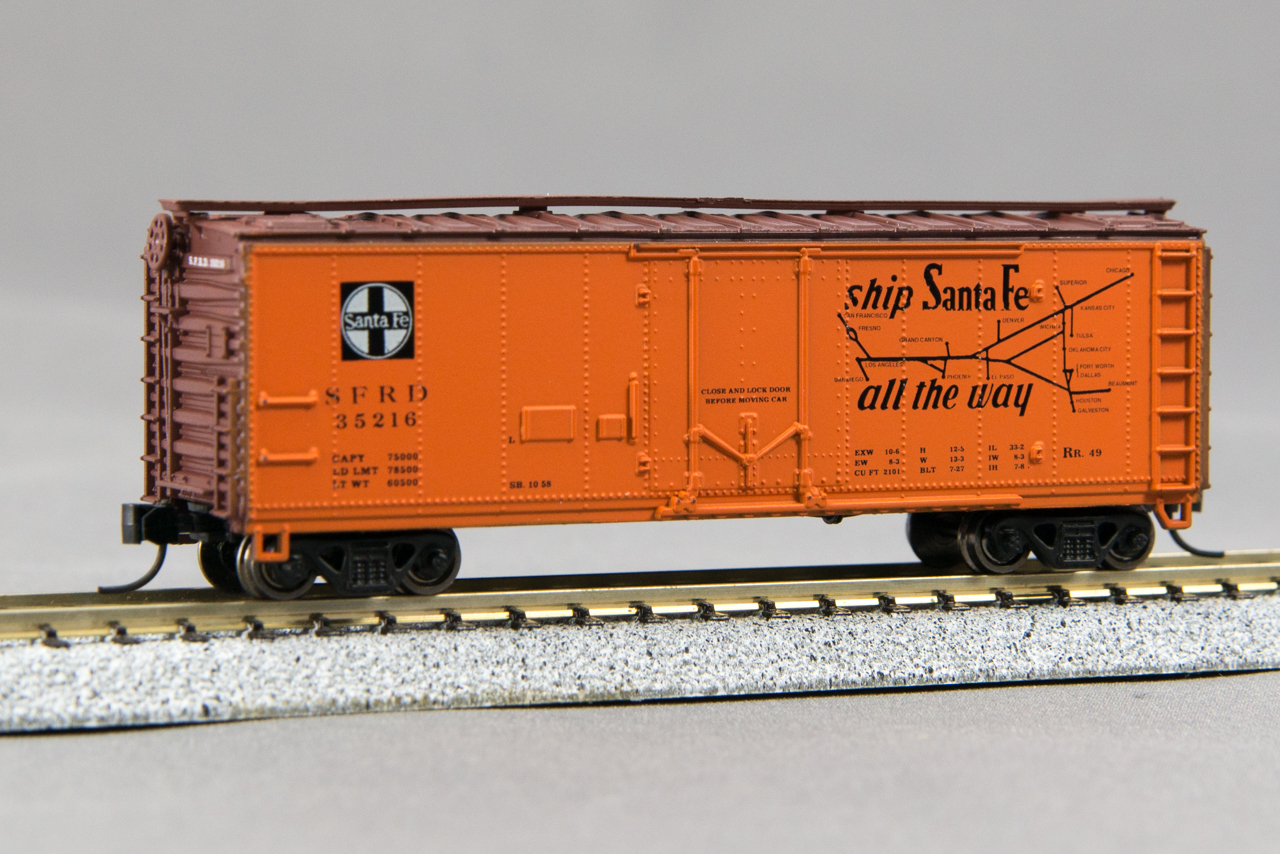 In the post-WWII period, steel once again became readily available and the railroads rapidly replaced their aging fleets of wood reefers with newly constructed steel cars. Among the more common steel reefers for meat and other perishable commodities were those built by URTX. These cars had a horizontal rivet strip along the middle of each side, improved Dreadnaught ends and diagonal-panel roofs.

From Wikipedia and other sources