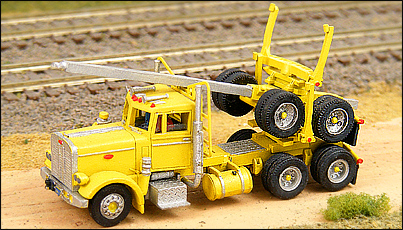 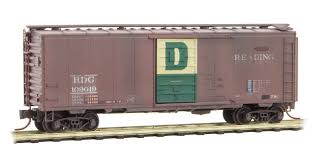 
Model Information: This Atlas model was introduced in the 1999 Atlas catalog, although it was not available for purchase until early 2000. It was produced in China from the get-go and delivered a fairly modern mechanism for its time. It is a split-frame chassis with a single light board using a 5-pole skew-wound motor with two flywheels. In 2005, Atlas revised the model slightly by using its new slow-speed motor and golden-white LED's on the light board. It is a high quality mechanism with excellent running performance. Personally I prefer the faster motors, but I like to run my locomotives fast.


DCC Information: Both versions of this model are fully DCC-Ready. In 2018, the chassis was modified and the model now uses the DN166I3 decoder.

The EMD SD35 was one of the builder's first second-generation models, released during the mid-1960s. While the locomotive was not as successful as some of its other designs it did sell a few hundred examples during an era when railroads were only starting to realize the benefits of six-axle power. New features of the SD35, which dated back to the SD28 of 1965 was a redesigned frame and new Spartan Cab, commonly known as the standard cab. While EMD was experiencing growing competition from General Electric it was still in its prime and would make another run of phenomenal success during this time with models like the GP35, GP38 series, SD40 series, and others. About a dozen major railroads purchased the SD35 and a number of these remain in service. One example is known to be formally preserved, Baltimore & Ohio #7402 at the Baltimore & Ohio Railroad Museum, as well as the variant SDP35, Seaboard Air Line #1114 in Hamlet, North Carolina.

Between 1964 and 1966, EMD built a total of 360 six-axle 2,500hp SD35 locomotives. An additional 35 steam generator-equipped SDP35 locomotives were also built during this period. These were all part of EMDâs â35-Seriesâ which also featured the four-axle, 2,250hp GP35 locomotive. All locomotives included the standard EMD 567-series prime mover. A stock model weighed 360,000 pounds, but many roads chose to add weight to increase the locomotiveâs tractive effort. From the mid-1960s through the 1980s, the SD-35 could be found in road service on both large and mid-sized roads across the US. Today the number of active units has dwindled to a select few, including those operated by regional railroad Montana Rail Link. From American-Rails and Atlas.