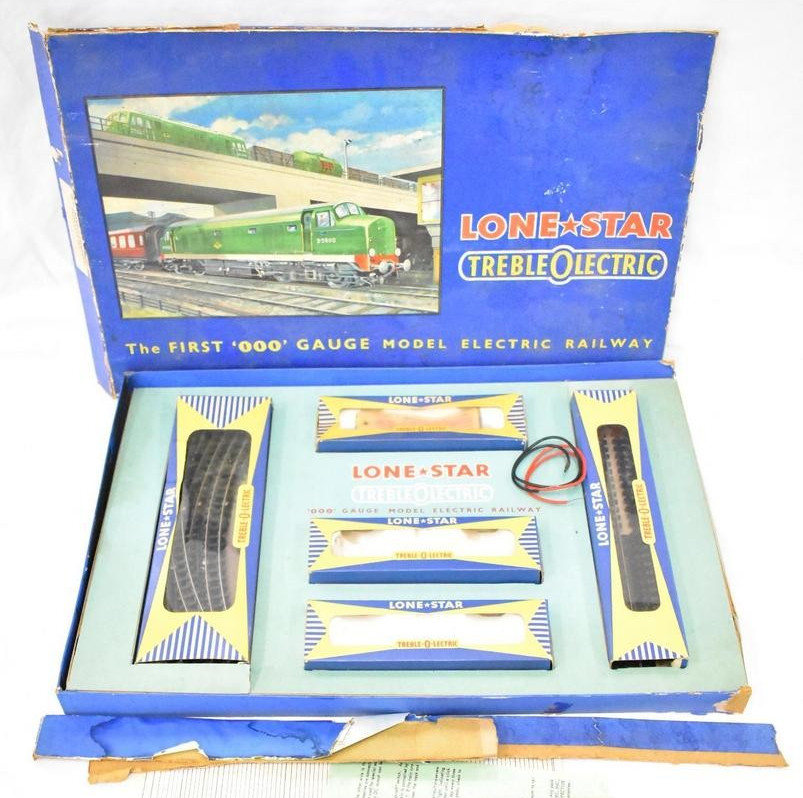 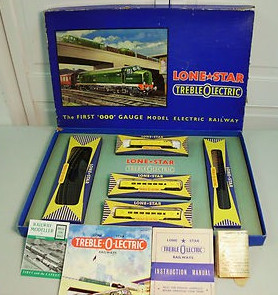 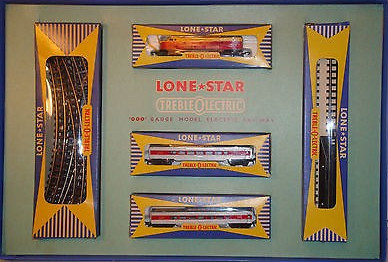 Model Information: This model was introduced sometime around 1960 by Lone Star trains of Great Britain. They use a bizarre mechanism that employs a rubber band to transfer traction from the motor to the wheels. They don't run very well and furthermore the rubber bands decay and need to be periodically replaced. They have hefty diecast metal bodies.