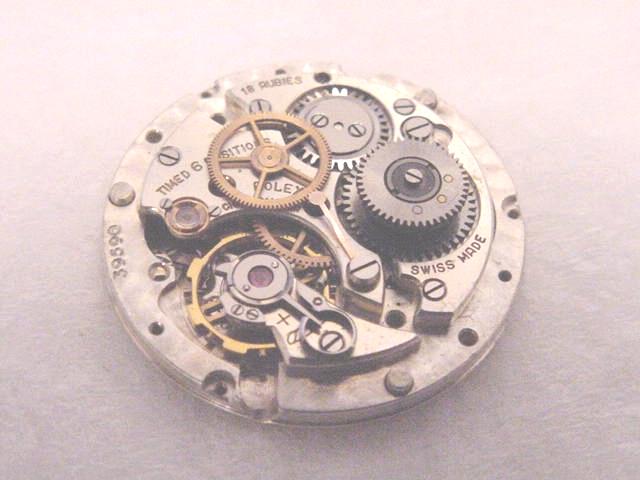 
History: The 620 was Rolex's first automatic mechanism. Rolex introduced it in 1931. The Self-winding movement features a unidirectional winding rotor, 18,000 A/h, 17 jewels, small seconds. The world's first self-winding movement with rotor winding (Perpetual). These mechanisms seem to be chronometer certified (COSC), but I am not 100% sure that all of them are.

Rolex designed this mechanism in response to other watchmakers' self-winding innovations. Hence, the 620 was not, by any stretch of the imagination, the first automatic design. However, it was better than its competitors' similarly priced models by a good margin, and hence rapidily propelled Rolex forward in market share.

As most Rolex fans know, Rolex did not make its own movements until 2004. Until that time, they contracted Aegler watchmaking to produce all their mechanisms. However, the Aegler factory was completely integrated with the Rolex company and starting in 1936 exclusively produced movements for Rolex. Hence the design of the 620 was credited to Emil Borer (one of th Aegler partners) and Hans Wilsdorf (Rolex founder) jointly. The new automatic design was not very revolutionary. They simply took the very successful Hunter 10 1/2 design and put it inside a ring that allowed it to rotated inside the watch case. The rotations then effectively 'wound' the 10 1/2. That being said, some of the simplest ideas can be some of the biggest game-changers and this idea certainly was.