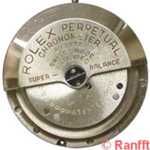 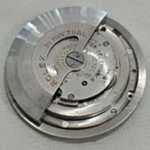 History: The A260 was used in the 6202, 6204 and 6205 Oyster series in the 1950s. It is a fairly obscure mechanism compared to some of its mass-produced contemporaries. It is an automatic (self-winding) mechanism. It apparently has only 2 jewels. It also proclaims itself as a chronometer. It likely wasn't used past the 1950s.