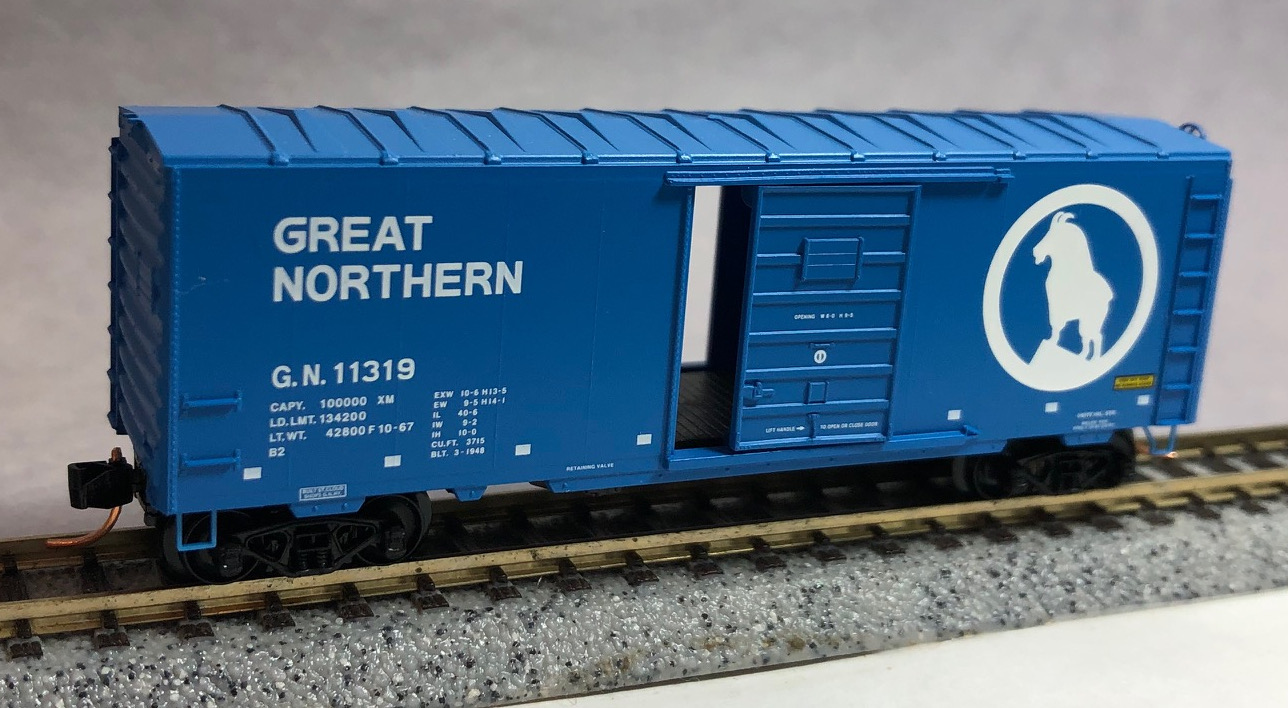 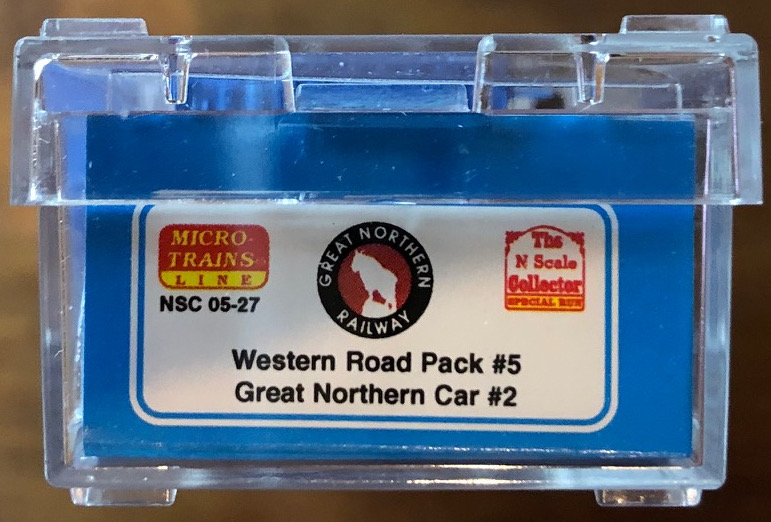 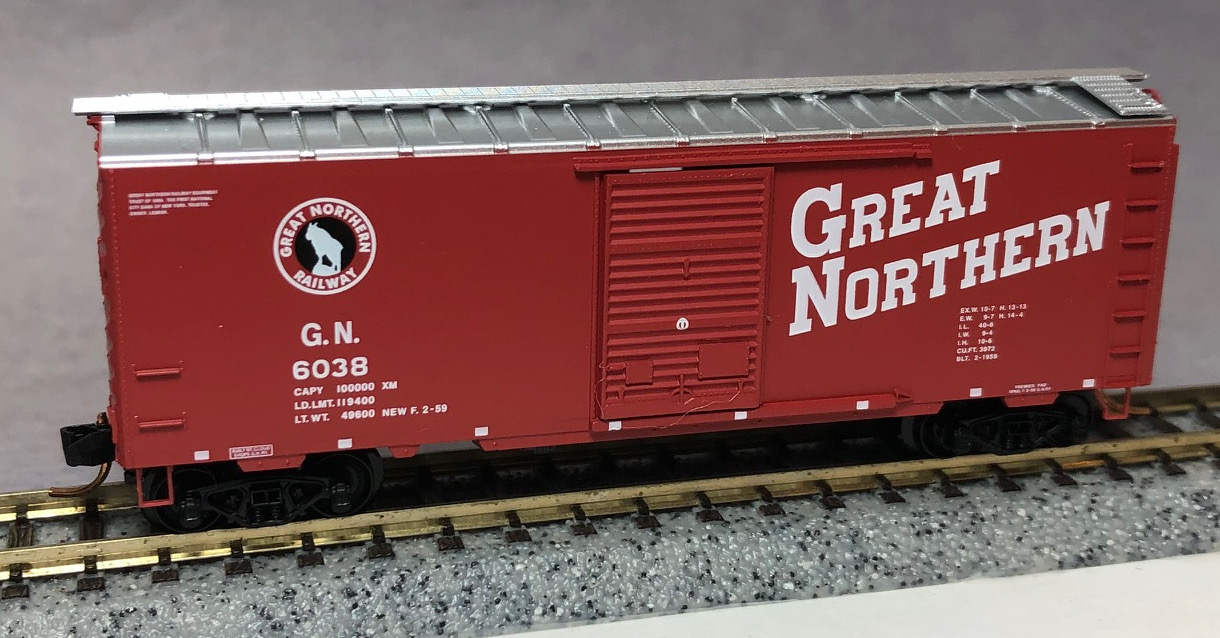 
Model Information: Micro-trains introduced this model in January of 2001. This is one of the several variations of the Micro-Trains PS-1 boxcar. It is similar to the 20000 series boxcar with one major difference. There is no roofwalk. The example we looked at also uses the wide-rib doors, but this varies from model to model. Many examples use the narrow-rib doors common on the 20000 series boxcar. This is not a very common model as very few 40' boxcars were in use at the time that roofwalks were banned. The Per Diem era of the 1970s and later saw the 50' boxcar replace the 40' boxcar as the 'go-to' general purpose railcar and hence we now associate 40' boxcars with roofwalks and 50' boxcars as being 'bald'.