These cars are used to carry various types of acids and other specialty products. Customer logos can occasionally be found on GATX leased cars. These cars can be found interchanged all over North America on all major and short line railroads. 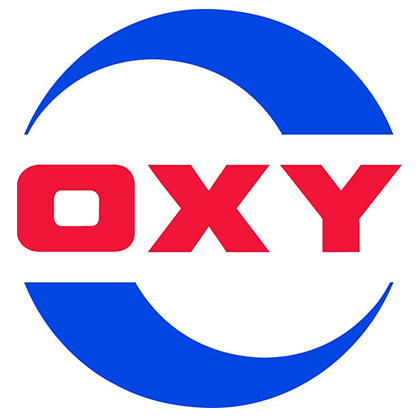 Occidental Petroleum Corporation (often abbreviated Oxy in reference to its ticker symbol) is an American company engaged in hydrocarbon exploration in the United States, the Middle East, and Colombia as well as petrochemical manufacturing in the United States, Canada, and Chile. It is organized in Delaware and headquartered in Houston. The company is ranked 722nd on the Forbes Global 2000 and 220th on the Fortune 500.

In 2018, the company was the 9th largest petroleum producer in Texas.