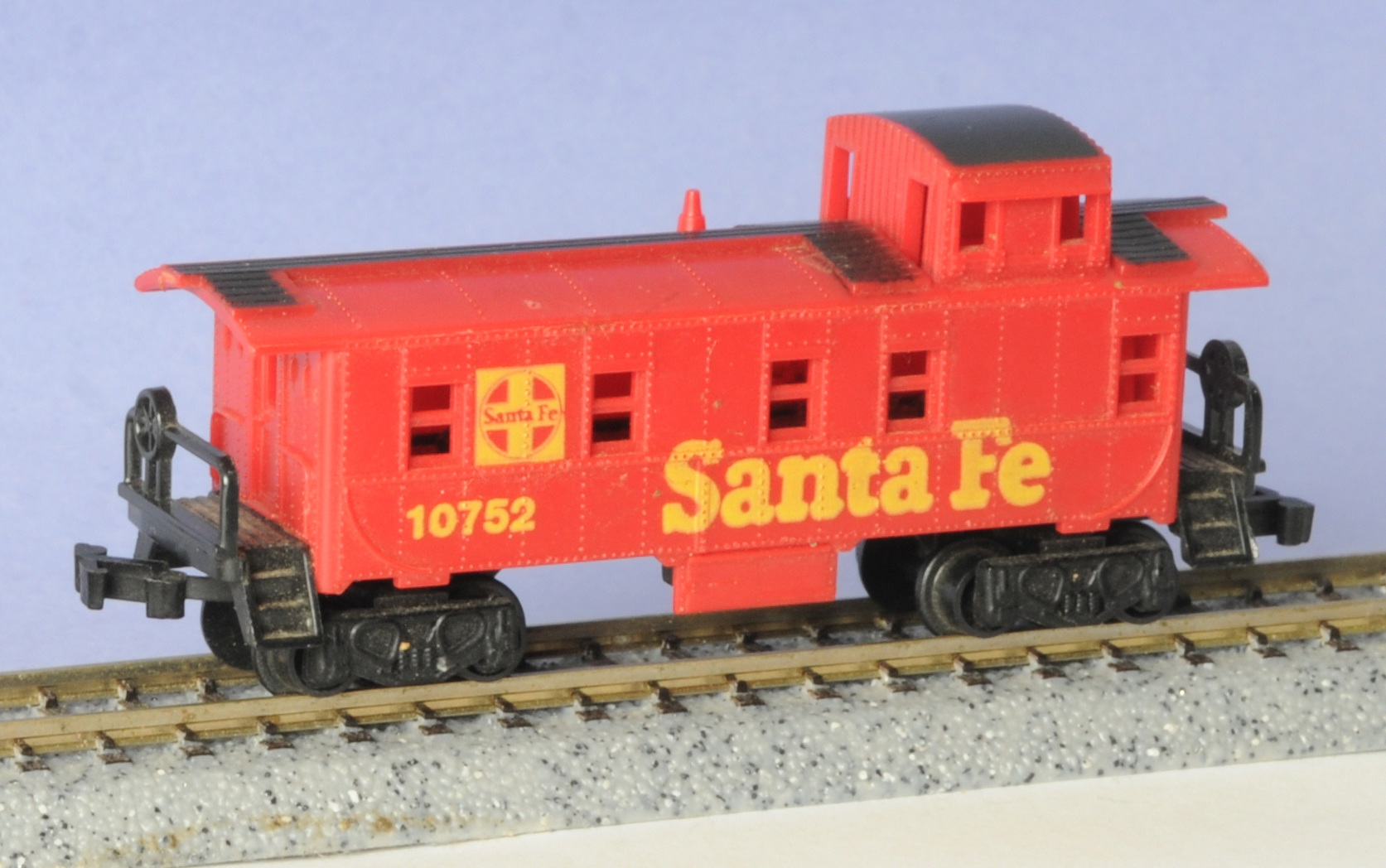 Model Information: Aurora Models, having lost it's access to Minitrix/Roco products in the 1970s, turned to Mexico to produce a new low-cost line of N Scale products. The result was the "Red Ball Express" train set. The set was comprised of a Diesel Switcher (no prototype specified) in Chessie/C&O livery, 3 freight cars and a caboose. The cars used a wonky coupler system which likely is fairly difficult to convert to either Rapido or a knuckle design. The caboose is an "End" or "Offset" design which is of equivalent quality to the other 1970s vintage cabooses such as those imported by Atlas. The caboose, in Santa Fe livery, is from this set.