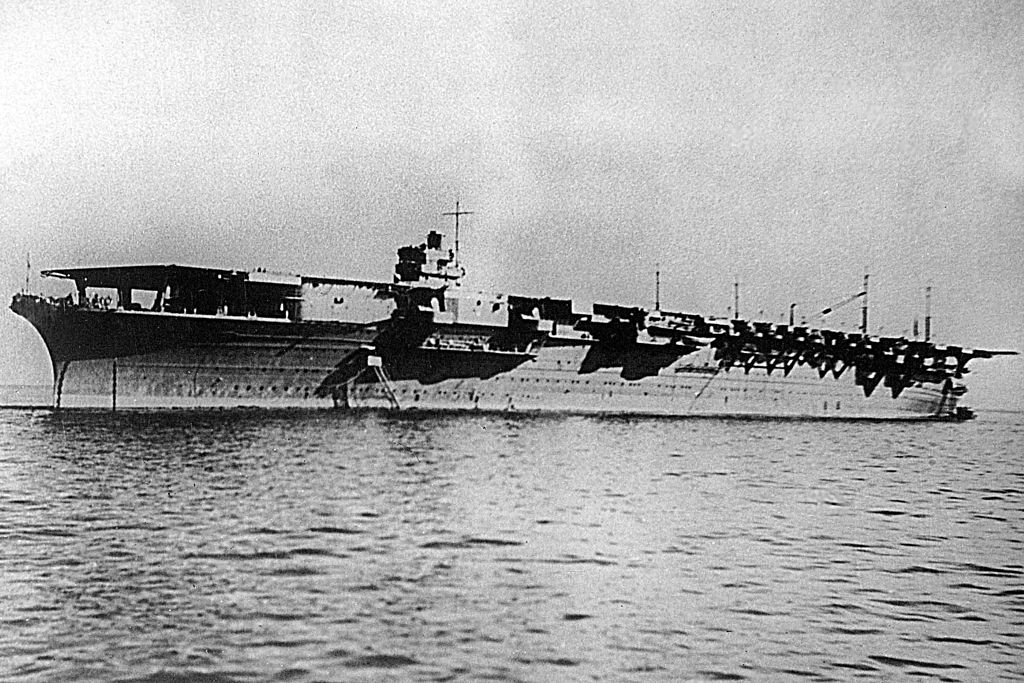 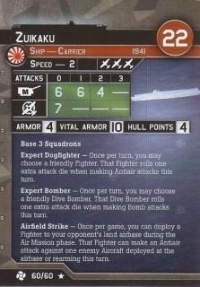 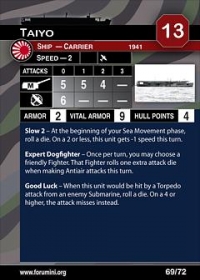 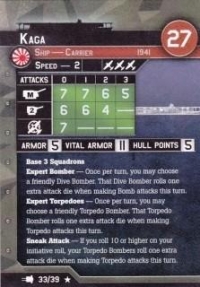 History: Zuikaku (Japanese: çé¶´ "Auspicious Crane") was a ShÅkaku-class aircraft carrier of the Imperial Japanese Navy. Her complement of aircraft took part in the attack on Pearl Harbor that formally brought the United States into the Pacific War, and she fought in several of the most important naval battles of the war, before being sunk during the Battle of Leyte Gulf.

One of six carriers to participate in the Pearl Harbor attack, Zuikaku was the last of the six to be sunk in the war (four in the Battle of Midway and ShÅkaku in the Battle of the Philippine Sea).