Please help support TroveStar. Why?
Collectors value this item at an average of 325.00 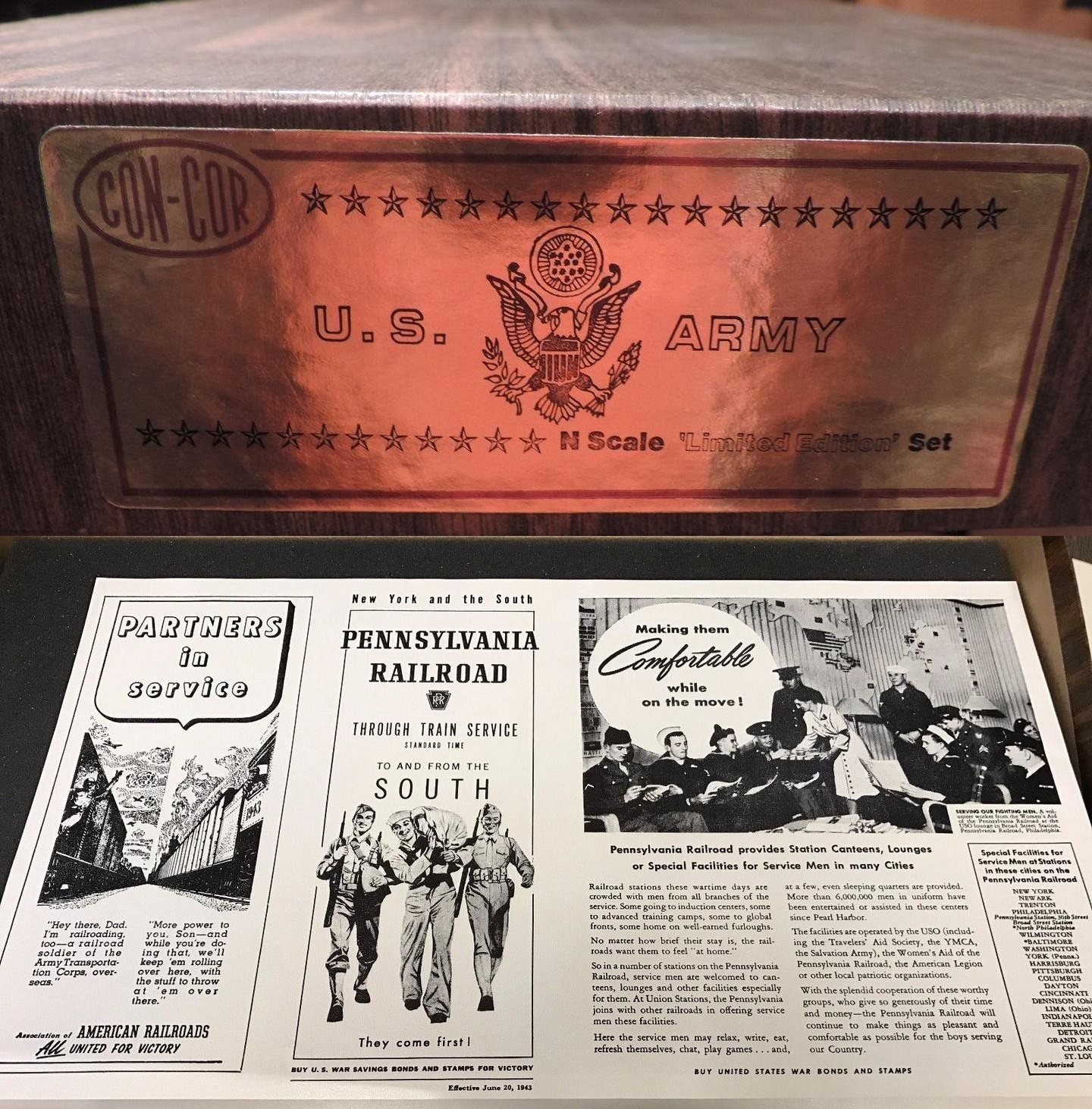 Specific Item Information: Limited Edition Set #5 "US Army": one steam locomotive with 6 heavyweight cars, one boxcar and one flat car (with tank).