Company History: The CWP&S (reporting marks CWP) was established in 1901 by the founder of International Harvester to move steel between a steel mill and his I-H plant. They merged the Calumet & South Eastern in 1909 and settled in to serve a 31 mile line between West Pullman and Irondale, Illinois. In 1983, they formed a parent company and began acquiring other shortlines and regionals. In 1988, they purchased the adjacent Chicago Rail Link and combined operations of the CRL and CWP&S under the Chicago Rail Link name. 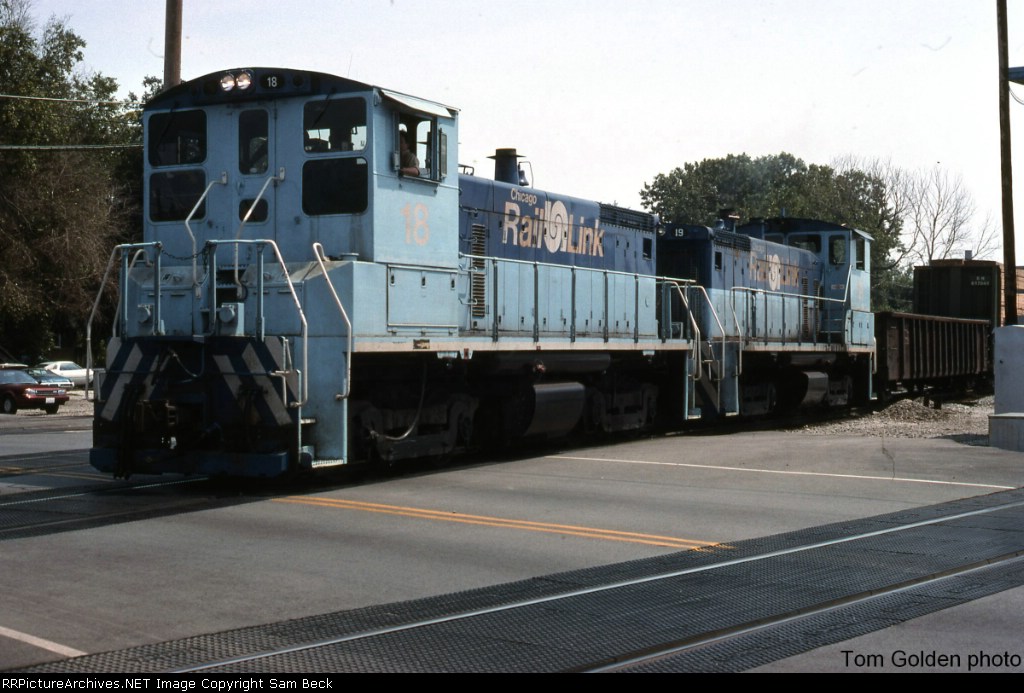 CRL is a switching line linking Kensington, Blue Island, Mokena and Chicago, Illinois. The length of the route is about 30 miles, with 72 track miles. The company was born from the 1985 reorganization of the troubled LaSalle & Bureau County. In 1988, the Chicago Rail Link was purchased and merged by the Chicago West Pullman & Southern but the Chicago Rail Link name was the one that survived. In 1991 Chicago Rail Link became part of the OmniTRAX shortline group. Connections are with Belt Railway of Chicago, South Shore and Iowa Interstate.