Please help support TroveStar. Why?
Collectors value this item at an average of 300.00 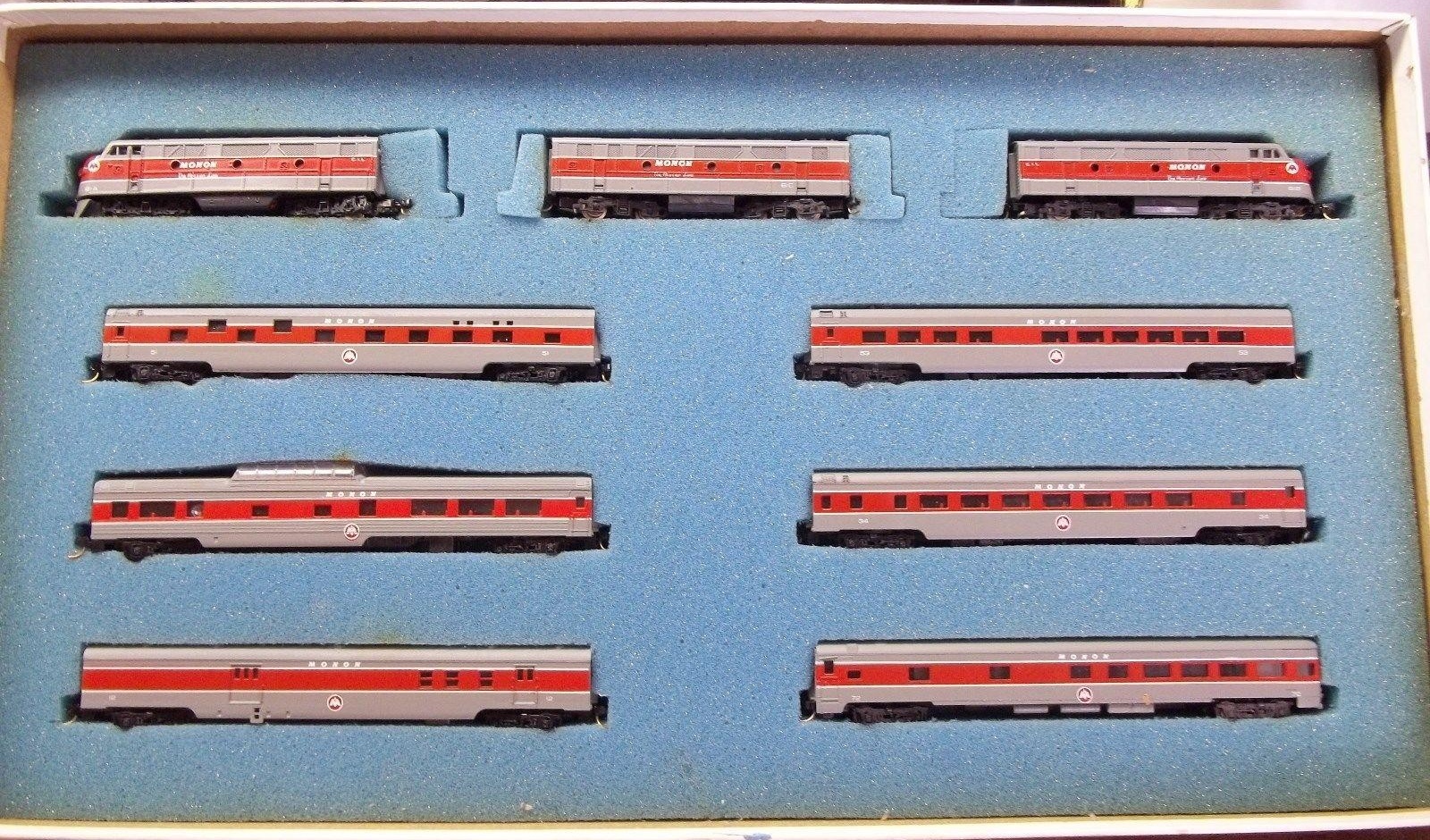 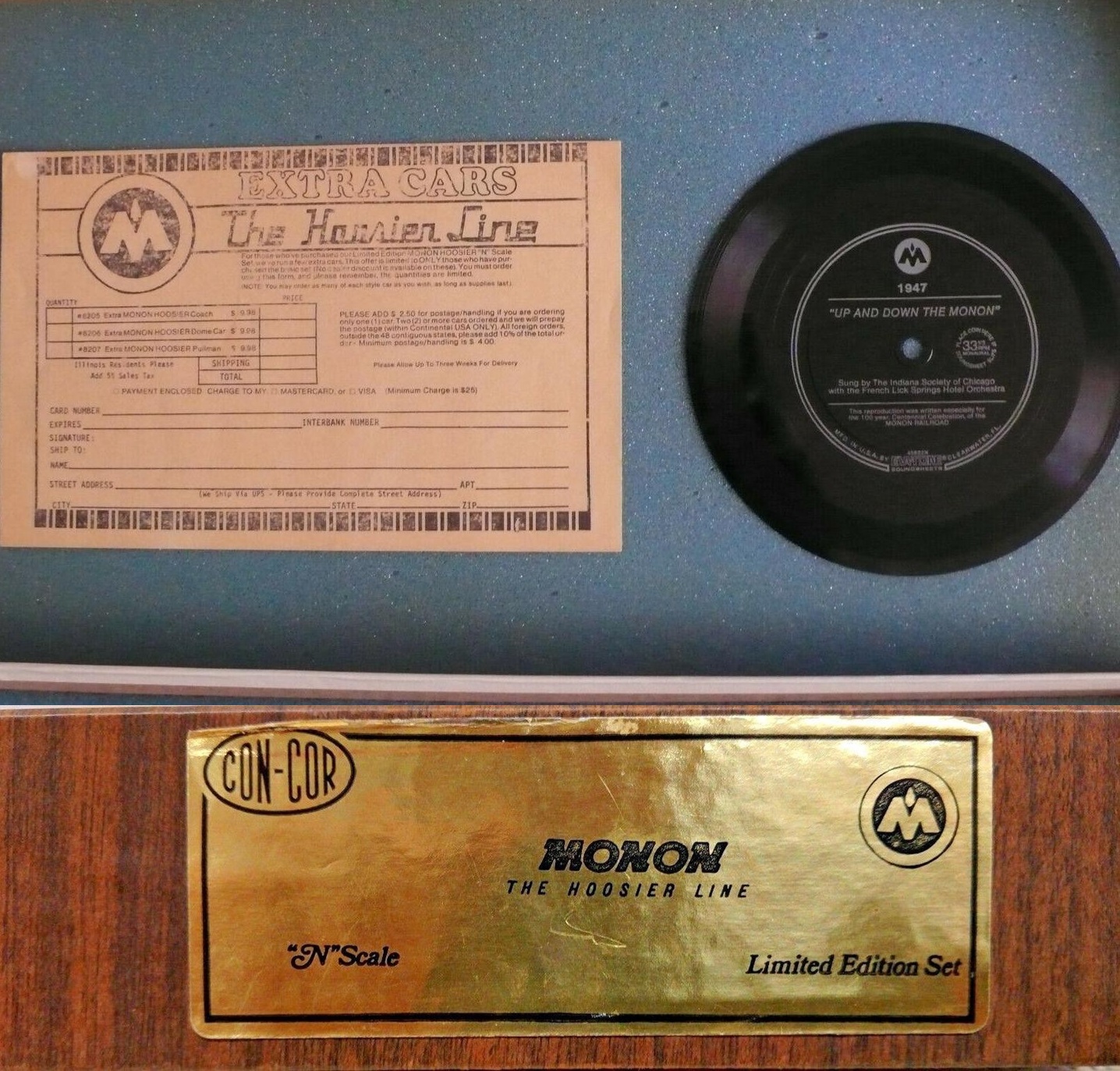 The set also includes:
- a vinyl record: original re-recording of the 1947 , "Up and Down The Monon" sung by The Indiana Society of Chicago, with The French Lick Springs Hotel Orchestra, on a 33 1/3 rpm monorail sound sheet by EVA-TONE (45822X)
- a Monon booklet
- a Monon cloth patch