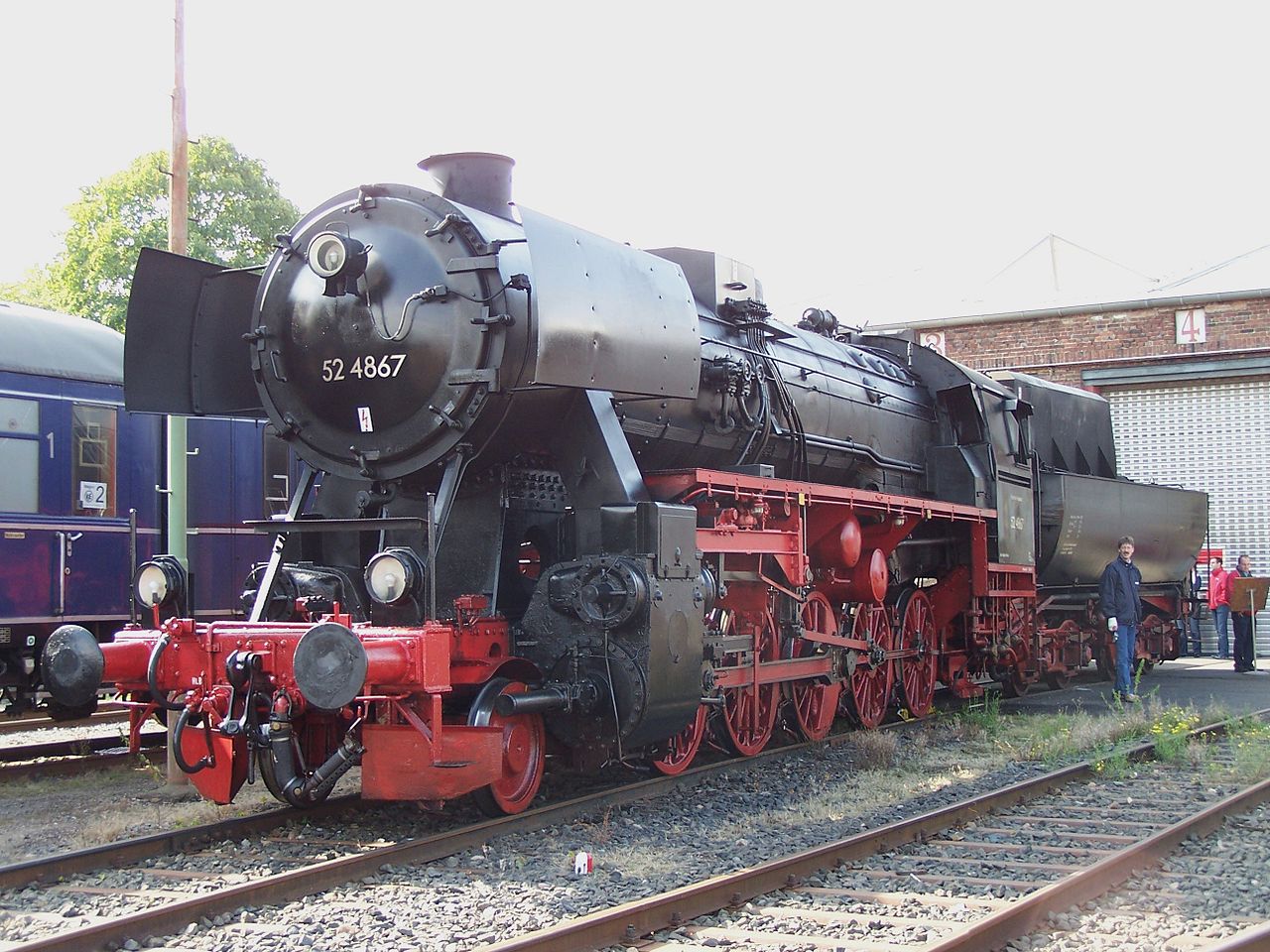 History: More than 7000 of these steam locomotives were built from 1942 on. In total more than 15,000 had been planned. After the war, another 300 pieces were produced from existing parts. The Deutsche Bundesbahn received almost 700 locomotives of this type.

The Deutsche Reichsbahn's Class 52 is a German steam locomotive built in large numbers during the Second World War. It was the most produced type of the so-called Kriegslokomotiven or Kriegsloks (war locomotives). The Class 52 was a wartime development of the pre-war DRG Class 50, using fewer parts and less expensive materials to speed production. They were designed by Richard Wagner who was Chief Engineer of the Central Design Office at the Locomotive Standards Bureau of the DRG. About a dozen classes of locomotive were referred to as Kriegslokomotiven, however the three main classes were the Class 52, 50 and 42.

Many locomotives passed into Russian ownership after the Second World War. In the U.S.S.R. the class were designated TE (TÐ­). Other operators of the type included Poland and Romania, Bulgaria, Norway and Turkey. In Yugoslavia locomotives of the type were classified JÅ½ 33.