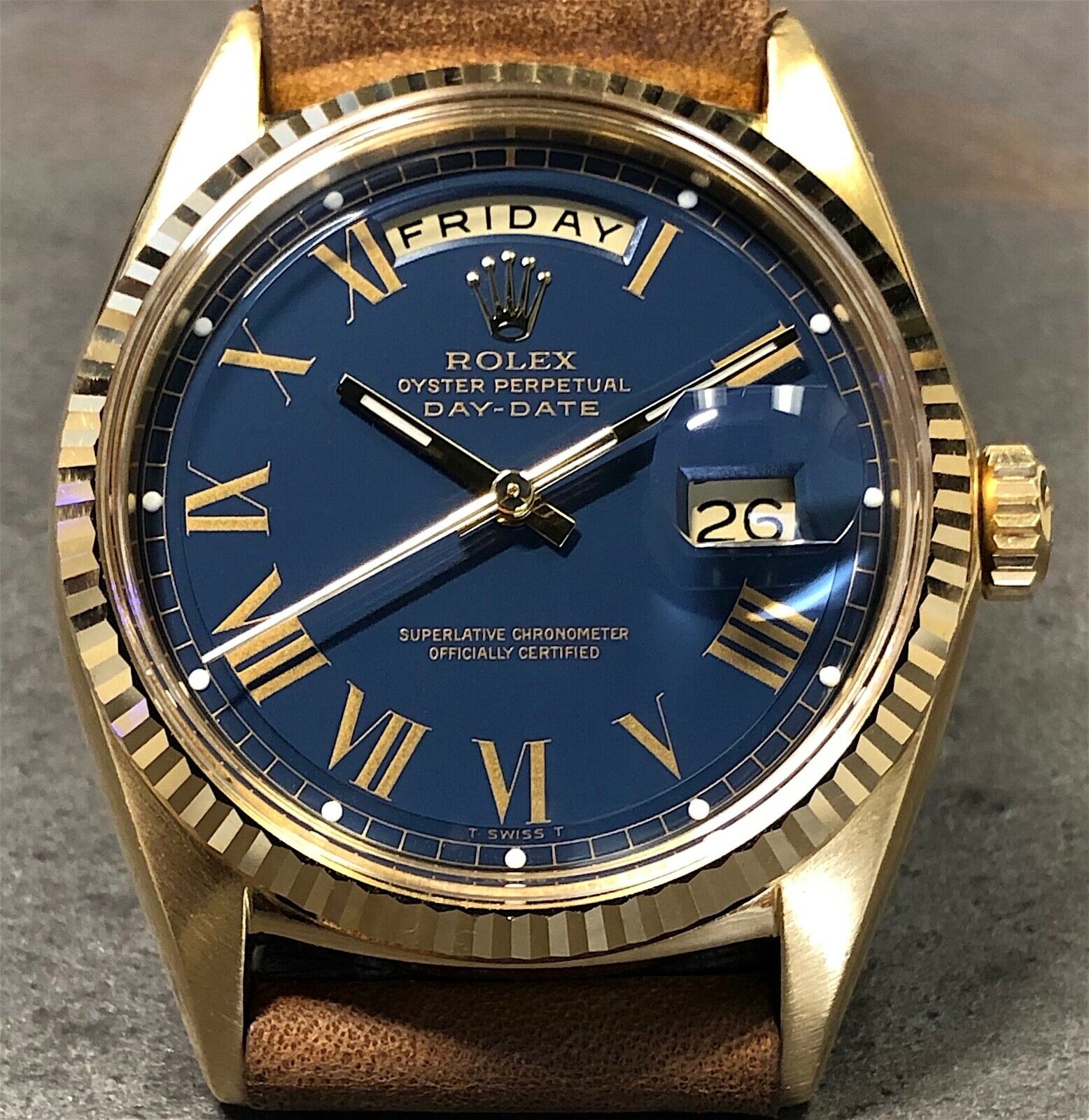 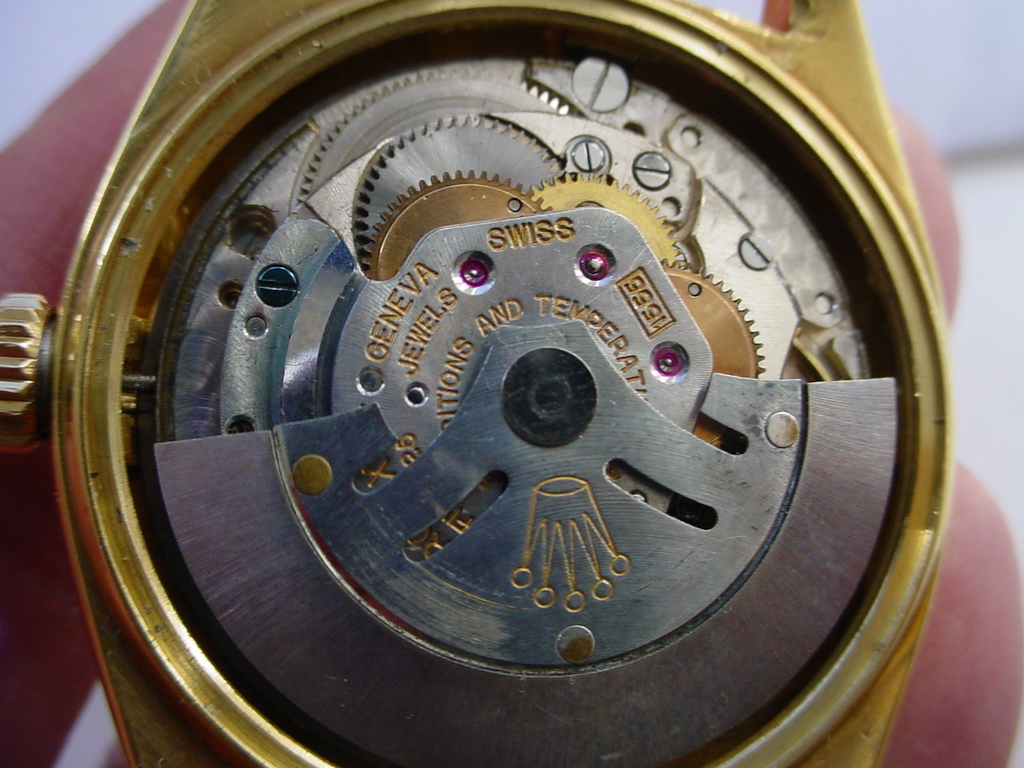 The 1555 is a variant of the 1530 with the added utility necessary to drive the second calendar display. Although the new caliber had the same diameter as the rest of the 1500 series at 28.5mm, it was the thickest out of the entire range, measuring 7.03mm top to bottom. The 18,000 VPH frequency gave the Day-Date a five ticks per second beat, not quite the smooth sweep of later models, but still highly accurate and steadfastly reliable.

Rated as a 25-jewel movement, it actually contained an additional three or four jewels in the calendar mechanism that, while not the handy Quickset version that made its debut in the seventies, benefitted from the instantaneous midnight date change system still used by Rolex today.

In common with its sibling calibers, the 1555 shared the same setup of free-sprung Nivarox hairspring with Breguet overcoil and a balance wheel regulated by Rolexâs patented Microstella screws. Protected by KIF Flector shock absorbers, it used a traditional stone lever escapement and had a power reserve of 42 hours.