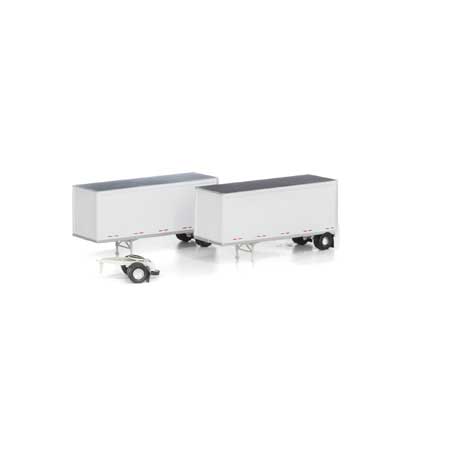 The 28' trailer provided LTL service for instances where a full size trailer would not be the most efficient. Splitting a haul into two creates more efficiency as one trailer can be spotted and then the second taken to a different destination without repacking. Many of the 28' trailers can be seen in TOFC service to this day.