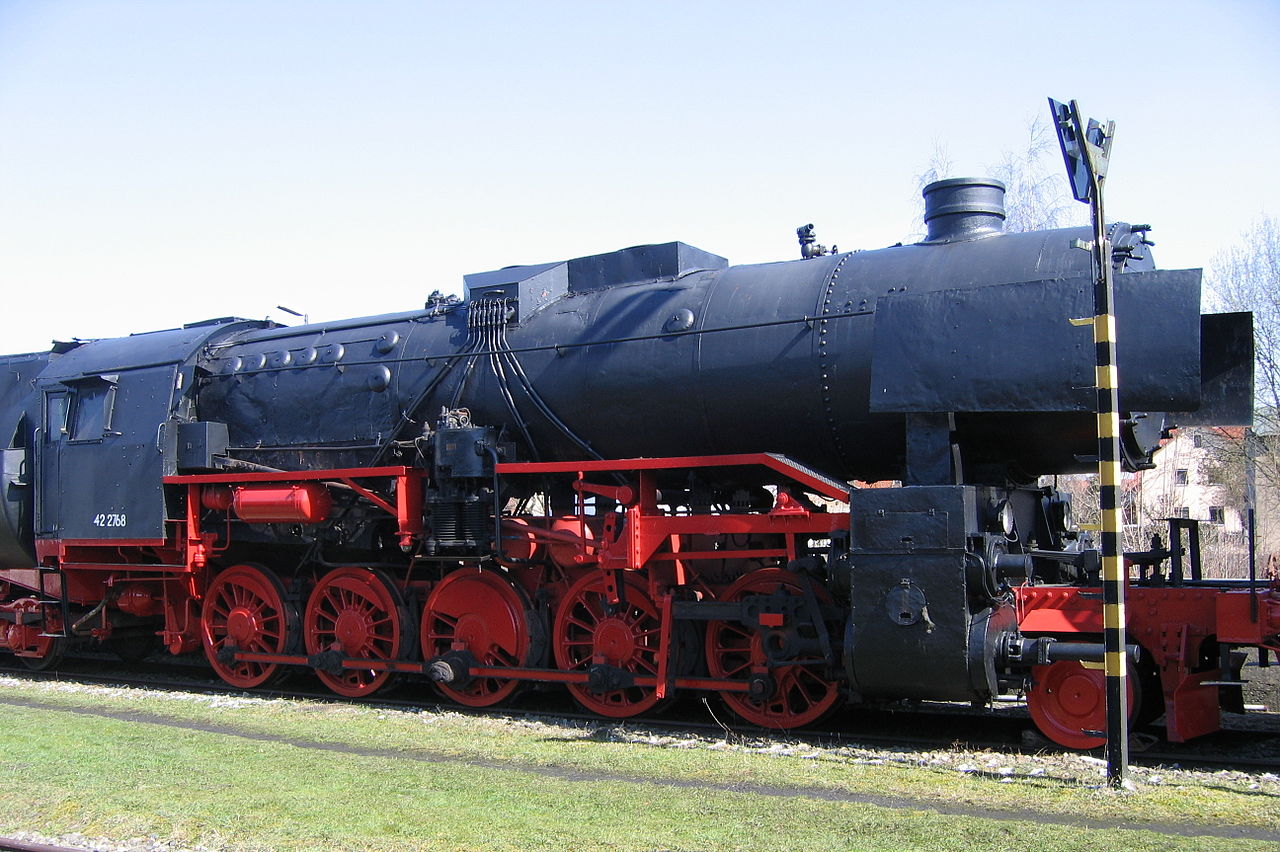 History: These engines, built from 1943 onwards, were the second heavy locomotive class of this type after the DRG Class 52. They were built for duties on routes that were cleared for a higher axle load, because they were more economical there than the KDL 1 Kriegslokomotiven of Class 52. In principle they were slimmed down 44s. The Class 42 was procured as Kriegslokomotive KDL 3.

The total of 859 units had a number of improvements to the driving and running gear. Originally it was intended to build very large numbers of these engines, but the end of the Second World War put paid to that. A condenser locomotive, based on the Class 42 was also planned, but did not come to fruition.

At the end of the war there were still half-finished engines in the workshops. So after 1945, 16 engines were built for the Reichsbahn in the western zone by the Maschinenfabrik Esslingen ('Esslingen Locomotive Works'). 126 engines were built by Polish factories for the PKP in Poland as Class Ty43 and three ex DRG engines also went over to the PKP as Class Ty3. Another 76 units were produced by the Lokomotivfabrik Floridsdorf in Vienna. These were not built for the Austrian Federal Railways (ÃBB), but were sold in 1949 to the CFL in Luxembourg - 20 engines (CFL class 55), in 1952 to Bulgarian State Railways (BDZ) - 33 pcs (BDZ class 16). and the rest to DR and various industrial enterprises in East Germany.

In 1952, the firm of Henschel rebuilt locomotives 52 893 and 52 894 with Franco-Crosti economisers (AbgasvorwÃ¤rmer). Because of the resulting higher axle load, the engines were classified by the Deutsche Bundesbahn as Class 42.90 locomotives and given the operating numbers 42 9000 and 42 9001.