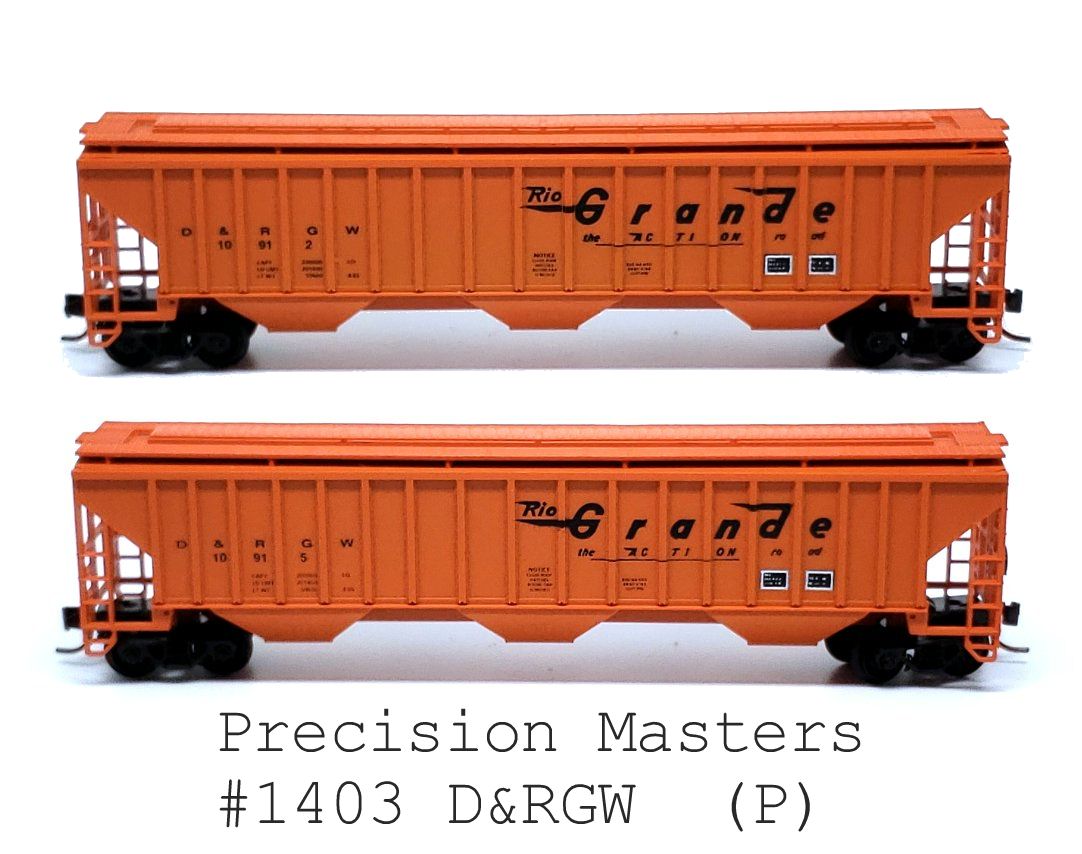 Model Information: Precision Masters first released this body style in kit form. Later on, they released the same body as a RTR (Ready-to-Run) model. In 2005, Red Caboose acquired this tooling from PM. Red Caboose released this model in RTR form. The 4740 model can be distinguished from the 4750 model by counting the ribs. The 4740 has 16 ribs and the 4750 has 18 ribs. The ribs on the 4750 are a little chubbier as well.

Precision Masters was founded in 1984 by Bob Byers as a part-time operation. Initially the company was focused on producing a new coupler type that was compatible with Kadee/MTL couplers but had more accurate dimensions. After two years, in 1986, PM released their first entry into Rolling stock with the 5-Bay Ortner Open Hopper. Eventually, their product line grew to comprise 11 different body styles.

Bob's goal with the PM product line was to produce an alternative to the current (1980s) manufacturers releases. At that time, Micro-Trains/Kadee was known for excellent quality models with accurate scale details and high quality printing. All the others produced somewhat clunky models with inaccurately scaled roofwalks, brake wheels, stirrups, ladders and other details. The goal at PM was to produce a close-to-Kadee quality model at a lower price point. One of the ways PM accomplished this was releasing their models in 'easy-build" kit form.

Bob sold substantially all of PM's assets to Red Caboose in March of 1998. Fortunately, Red Caboose continued to release these models until they also sold their assets to Fox Valley Models. Again fortunately, we continue to see releases of these excellent quality models via Fox Valley with InterMountain trains helping with distribution.