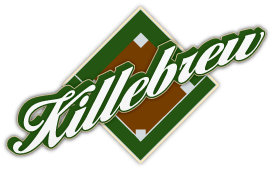 Killebrew Beverages have been manufactured in Minnesota since 1996 and are now brewed, bottled and packaged in Minnesota under the authority of RJM Distributing, Inc., Ramsey, MN. Since 2003, RJM Distributing has been a leading distributor of both alcoholic and non-alcoholic beverage brands in the state of Minnesota.Killebrew Beverages are available at major grocery chains, liquor retailers and a growing number of fine restaurants throughout Minnesota, Wisconsin, Iowa and the Dakotas. Additionally, Killebrewâs all American taste can be savored while enjoying the all American pastime! Target Field concessions and restaurants offer Killebrew Beverages during the Twins season, where they have been a real hit with fans!