Specific Item Information: Sleeper â9036â This ESPEE 10-6 sleeper was assigned the Overland Route trains and commonly found on the City of San Francisco or the San Francisco Overland. This is a prototype car. Select âCOSF Fleet 1â for discount allowance when buying all four COSF cars in this release. 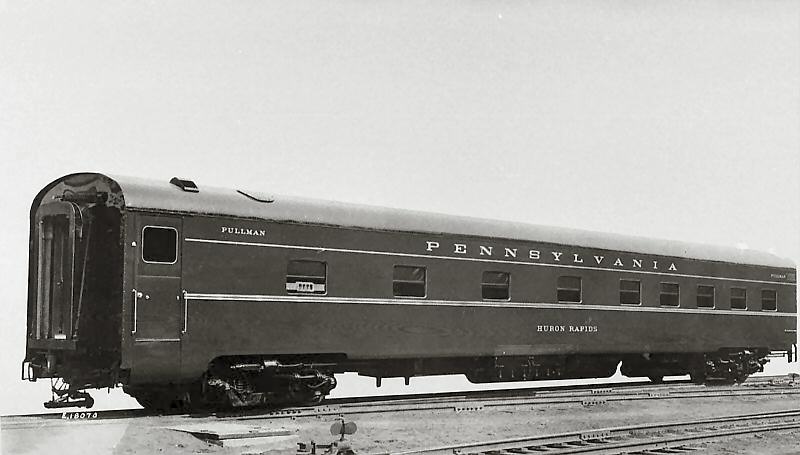 After World War II the 10-roomette 6-double bedroom (colloquially the "10-6 sleeper") design proved popular in the United States. A roomette is a type of sleeping car compartment in a railroad passenger train. The term was first used in North America, and was carried over into Australia and New Zealand. Roomette rooms are relatively small, and were generally intended for use by a single person. Double Bedrooms are private rooms for two passengers, with upper and lower berths, washbasins, and private toilets, placed on one side of the car, with the corridor running down the other side (thus allowing the accommodation to be slightly over two thirds the width of the car). Frequently, these accommodations have movable partitions allowing adjacent accommodations to be combined into a suite.

The Pennsylvania Railroad had 61 Pullman Standard 10-6's in all. The Norfolk and Western âCountyâ series and the RF&P âKingâ sleepers were built by PS in 1949 for the New York to Richmond and Norfolk trains.