Series Information: Norfolk Southernâs âOffice Car Specialâ is really one of the most beautiful passenger trains on the rails today. It is truly irresistible to model! As with the other special runs like this that I have done, the windows will not match exactly but the paint and lettering will. These cars are paint matched from actual paint from the Altoona Shops.


Model Information: These cars were first released in October of 2019. 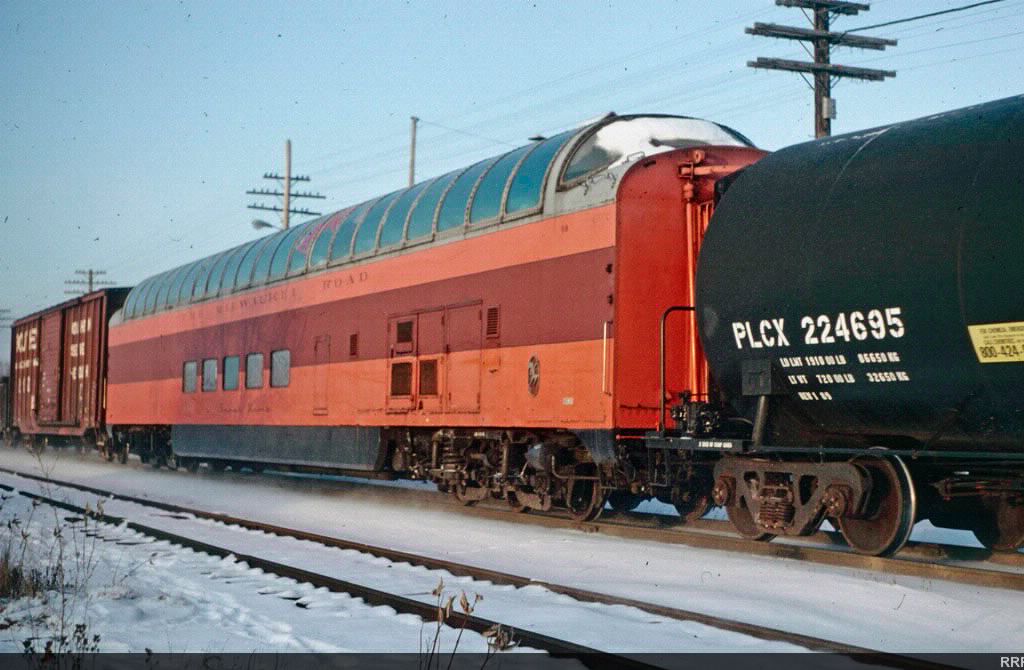 The Super Dome was a Dome car built by Pullman-Standard for the Chicago, Milwaukee, St. Paul and Pacific Railroad ("Milwaukee Road") in 1952. The ten Super Domes were the first full-length dome cars in revenue service, first operating on the Olympian Hiawatha and Twin Cities Hiawatha in late 1952. Although a mixed blessing in passenger use, the cars garnered much publicity for the Milwaukee Road and several remain in operation.

The Milwaukee Road began taking delivery of the Super Domes in late 1952. They were numbered #50-#59. The name was chosen via an employee naming contest; rejected suggestions included Master Dome, Ultra Dome, and Panorama Dome. The domes were used on the daytime Twin Cities Hiawatha and the transcontinental Olympian Hiawatha. The Super Domes were the first and only cars on a daytime Hiawatha train built by a third party; all other Hiawatha equipment (such as the distinctive Beaver Tail and Skytop lounges) were built by the Milwaukee Road in its own shops.

The Super Domes were not a complete success in Milwaukee Road service. The heavy cars gave a rough ride, and the seats in the dome area gave an inferior view because they lay too low compared to the dome's supporting bulkheads. Still, the fame of having the first full-length dome car was good publicity for the railroad. After the discontinuance of the Olympian Hiawatha in 1961 Super Domes were seen on some of the services the Milwaukee Road operated with the Union Pacific, including the City of Denver. In 1964 the Milwaukee Road sold six of the domes to the Canadian National Railway, along with the sleeper-lounge Skytop Lounges. The remaining four domes continued on the Twin Cities Hiawatha.

These cars were run with Milwaukee Road, MILW/UP, Amtrak Phase I, CN, VIA, and NCDOT paint schemes.